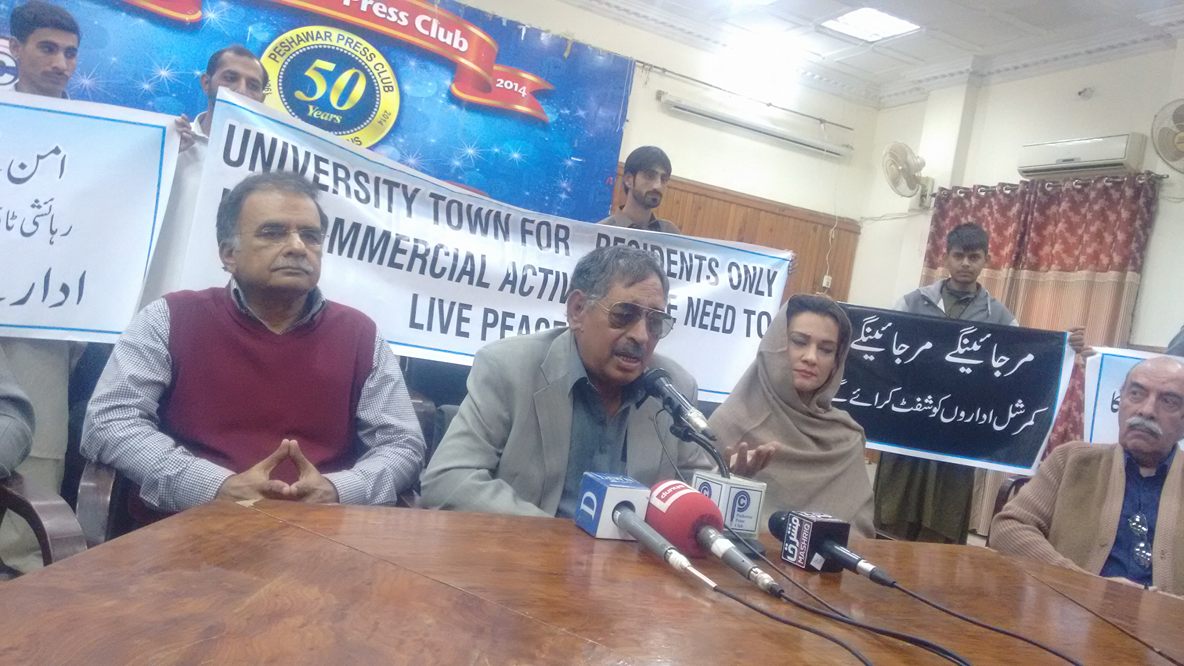 PESHAWAR, 06 December: Residents of Shaheen Town locality of the provincial metropolis have said that the managements of the local private educational institutions have been using children as a blackmailing tool to avoid closure of their unlawful activities.

Speaking at a news conference in Peshawar press club on Tuesday, residents of the town said that the district administration on the directives of the Peshawar High Court launched a crackdown against commercial activities in the University Town area and closed a number of organizations including schools.

However, they added, the private schools’ administrations used students of their institutions and staged a protest demonstration following which the district administration ended its crackdown.

“University town is a residential area and as per law, doing commercial activities are not allowed here. Due to commercial activities, not only the rents of houses have gone up but there are always rush of vehicles and people in the streets,” said Aisha Bano, who is also a district councilor.

She added that due to the offices of UN organizations and foreign consulates, some of the roads are closed for public on security pretexts causing inconvenience for the local dwellers.

“We request all the government institutions to help in implementing PHC orders in letter and spirit and remove the impediments in its implementation,” she requested.