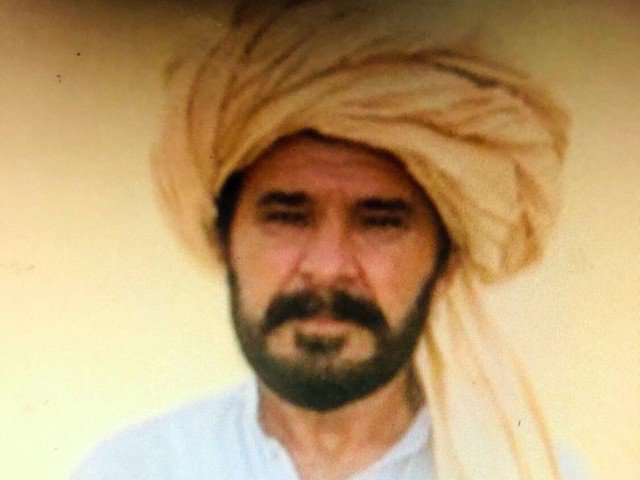 PESHAWAR: Gul Shamad Khan alias Malik Matorkay, who had termed the Khaisor village incident as a conspiracy against the security forces, was gunned down inside his house in Tehsil Mirali of North Waziristan on Sunday night.

The slain Malik was the uncle of Hayat Khan – the 13-year-old boy whose mother in a video accused personnel of security forces for showing disrespect towards her and other family members in absence of her jailed husband and son last  month.

The video which went viral sparked anger among the local tribe and consequently the high ups of securuty forces held negotions with tribal elders and released the father of Hayat Khan to defuse tension in the area.

Security forces alleged that the video was as an attempt by PTM leaders to malign Pakistan army.

Matorkay’s brother, Parkhay Khan has registered the case of his brother’s killing against six members of PTM, including Manzoor Ahmad Pashteen and Mohsin Dawar.

According to details shared with the media, late Malik Matrokay was inside his house, when unknown persons entered and opened firing due to which he died on the spot. The security forces have started further investigation into the case.

Hayat’s elder brother Shariat Ullah is accused to have abducted and killed employees of the Mari Petroleum Company Ltd (MPCL). In an interview to media Shariat Ullah’s father Jalat Khan, has also confirmed that his son was a terrorist.

Besides the abduction and killing of four MPCL employees, he is also wanted to security forces in the murder of a Frontier Corps soldier on October 23, 2018.

Late Malik Matorkay publically denied the charges levelled by young Hayat’ mother in the video, and testified that he was with the security forces whey they were searching Shariat Ullah’s house.

He had said that Hayat’s mother was used by the members of Pashtun Tahafuz Movement to defame security forces.

LAKI MARWAT: A soldier of Frontier Corps (FC) Baluchistan was killed by unknown persons in Kala Khan Qala area of the district, Laki Marwat on Monday. According to the Police, The FC man identified as Amar Ali aka Mani Gul, a resident of Malu Gul area. Police have shifted the dead body to the district Headquarter hospital and started further investigations into the case.