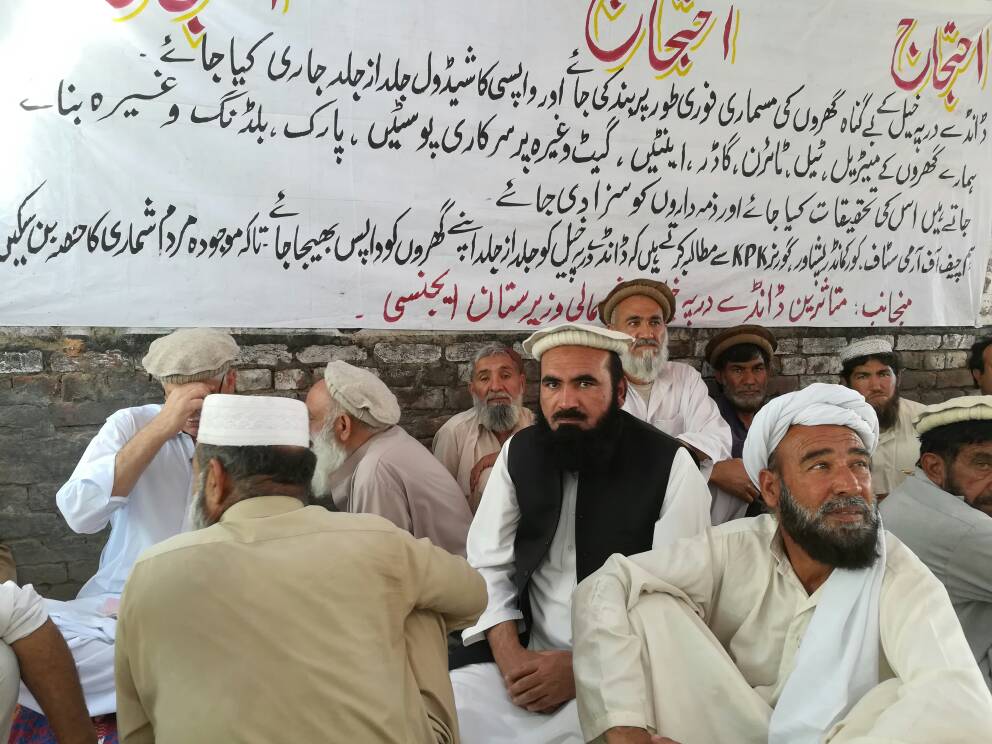 They have been facing with numerous problems since their displacement.

“We are given repatriation token six months ago but the repatriation process is not yet started,” said Usman, who is from Dande Darpakhel tribe of North Waziristan Agency (NWA).

Similarly, Umer Gul, a resident of Tirah area of Khyber Agency, bordering Afghanistan, says his hometown has been declared clear.He said they had businesses there and would do farming however they did not know if their houses survived the bombing or were razed to the ground. 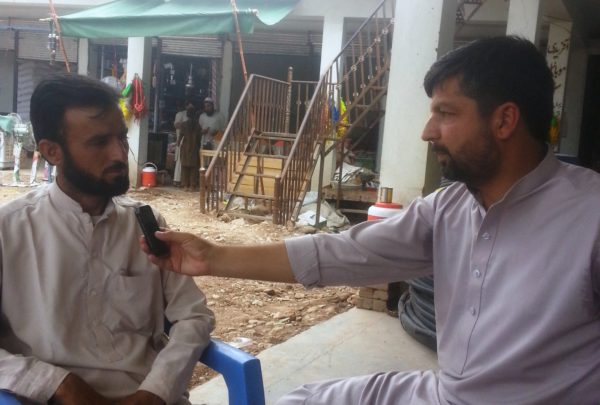 Meanwhile, Azeem Khan of South Waziristan Agency (SWA) who has returned ten months ago to his native towns complained of unavailability of basic facilities and said it felt as if he was living as displaced in his hometown.

The FDMA record reveals that 85 percent of families of North Waziristan Agency (NWA) who were displaced due to operation Zarb-e-Azb have returned to their towns.

The data shows 105,000 families were displaced of which 15700 families belonging to Dande Darpakhel tribes are yet to return though some of them have been given repatriation token six months ago

Moreover, around 2400 families of Dande Darpakhel tribe of NWA are still living in Bannu district and other parts of Khyber Pakhtunhwa province.

Besides, elders of the tribe said families were displaced from 32 villages but few have returned to only one village.

The elders claimed that the government had promised complete repatriation till the month of December, 2016, the promise yet to be materialized.

Talking to TNN, Inzimam, hailing from Darpakhel tribe, says their repatriation was yet to start despite clearance of NWA though they have staged sit-ins. He said it has been decided by the members of his tribe to stage a sit-in in Islamabad to press the government for their return. 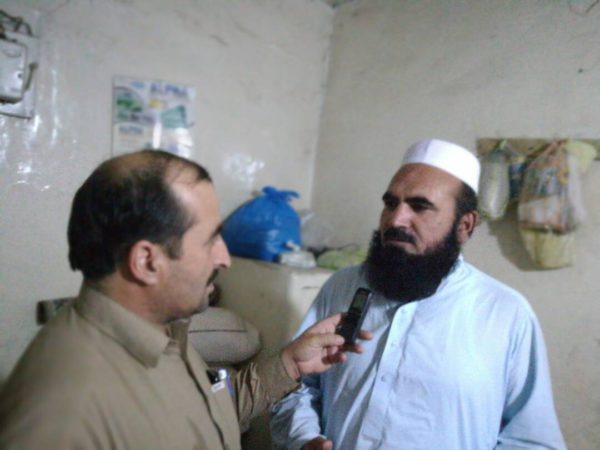 FDMA data shows that 2600 families that migrated to Afghanistan have returned to Pakistan. Assistant Director FDMA Mian Adil Zahoor told TNN that repatriating families from Afghanistan were being accommodated in Bakakhel camp.

“These families are properly facilitated with food being given to them by World Food Programme,” the FDMA official said.

Tribal elders of Dande Darpakhel tribe demand early return to their homes however, FDMA official insist they could not be sent back unless their area is declared clear.

Likewise, around 3,200 families were displaced from SWA who have taken shelter in Tank, Dera Ismail Khan and other districts of K-P.

Political Agent SWA Zafrul Islam told TNN that around 107000 families were displaced eight years ago of which 95 percent have returned.

“Around 71000 families were verified as TDPs while the remaining families could not be verified due to double addresses or other reasons,” he said.

He also said that even 99 percent unverified families have also returned to their homes.

The affected families while expressing jubilation over their return also complained of facing numerous problems. Haji Sulaiman, a resident Makeen subdivision, and Rasheed of Sarvekai area said that their houses were completely destroyed. 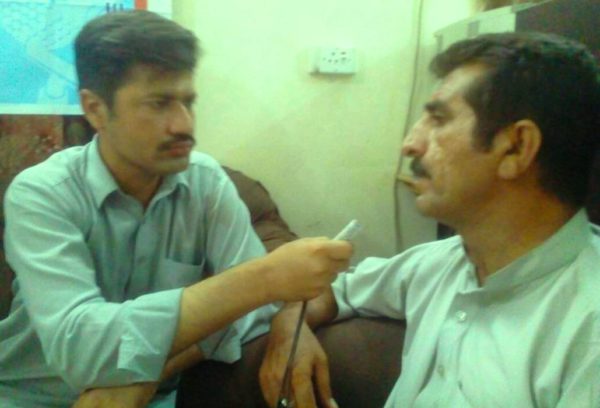 They demanded of the government to compensate them so that they could reconstruct their houses.

Due to lawlessness in 2012, thousands of families belonging to Kokikhel tribe were displaced from Tirah area in Khyber Agency.

They demanded of the government and concerned authorities to register the remaining families too.

Another elder, Haji Payo Khan said that the government has started issuing Watan Cards to them that proved their claim of being TDPs. 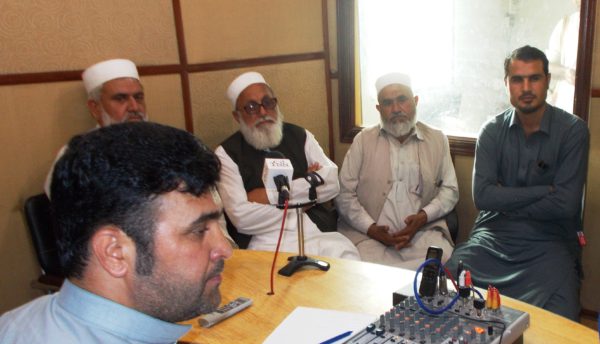 He said that 3,281families from SWA would be sent back in the last phase of repatriation that will continue till May 25 of 2017, followed by a closing ceremony of repatriation process.

He advised that the affectees should visit Khargai checkpoint and collect their repatriation forms as the government has devised a policy to cancel registration of TDPs who failed to return before the deadline.

Similarly, he said, around 85 percent TDPs from SWA have returned and those remained behind have been de-notified.

He said FDMA had stopped their Rs12000 stipend but the amount was released after it was raised and came to his knowledge.

“We have also taken up early repatriation of Dande Darpakhel Tribe with the political administration,” he said.

He added that so far 26 families out of total TDPs migrated to Afghanistan have been sent to their native towns and were being properly facilitated.

Keeping in view problems of families migrated to Khost province of Afghanistan, he said, the government had convinced WFP to provide them with food though they were not registered. 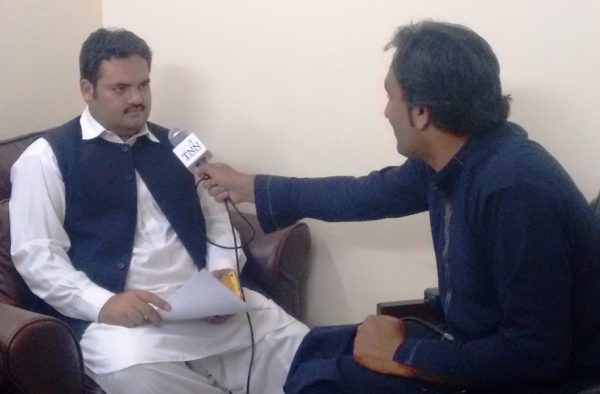 “Before sending TDPs, FDMA checks if the area is cleared, whether rehabilitation work and other basic facilities like arrangements for provision of clean drinking water, education and health facilities have been provided or not,” Adil Zahoor said.

He said the returning families are given Rs10,000 per family as transportation cost while Rs25,000 for their repatriation.

In Khyber Agency, the unregistered families will not get transportation and repatriation amount rather they would receive Rs16000 in four instalments under a new policy, he revealed.

He said FDMA has set up a grievance desk to resolve TDPs complaints. The TDPs could call on given telephone number if they have problems. “They would be guided and satisfied to address their complaint,” he said.