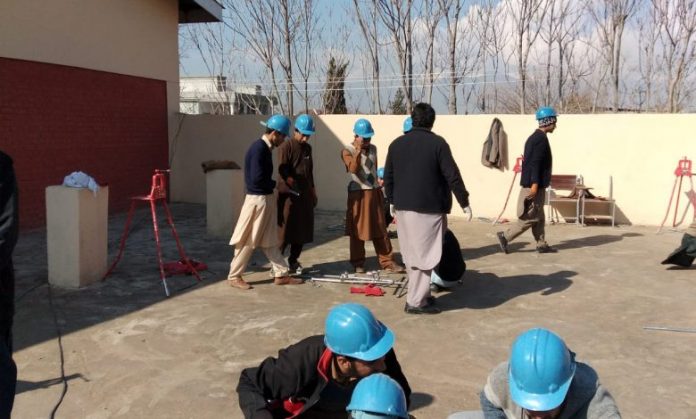 PESHAWAR: “I wasted five precious years of my life in Saudi Arabia, but it was my fault that I went there without learning any skill as I felt that I may earn a lot of money just by going to the kingdom.”

This was stated by Abdul Waheed from Khar area of Bajaur, the father of four children, who went to Saudi Arabia in 2013 and returned empty-handed in 2017 after spending five years. Like many other youth, Abdul Wsaheed also aspired to make his future bright by going to Saudi Arabia, but his thinking changed after seeing hardships there. He advised the youth not to go abroad without skill as they won’t be able to earn money without it.

According to the Bureau of Immigration and Overseas Employment, as many as 426,644 skilled people and 4,788,655 unskilled labourers in Pakistan travelled abroad from 1971 till September 2020.

Abdul Waheed told TNN that Kafeel (contractor) don’t allow labourers to go on holidays. He said even if a labourer earns 3,000 dinars per month, then they cannot save even 800 dinars because they had to pay over 12,000 dinars in the head of Iqama (work permit) tax.

“I spent five years in Saudi without earning anything. Had I worked with dedication in Pakistan during these five years, I would have changed my destiny. I spent seven months in a room without job and then after eight months I got a driving licence and I started driving,” he said.

Abdul Waheed said he had gone to Saudi Arabia as he had heard that income is good there, but when he reached there, he realised that life was much easier in Pakistan. “I went there after taking loan so it was not possible for me to come back without returning the loan,” he said.

The website of Bureau of Immigration and Overseas Employment shows that 2,735,183 people went abroad from Khyber Pakhtunkhwa from 1981 till September 2020. From merged tribal districts, as many as 540,630 people have travelled abroad during that period. The ratio of foreign travel was minimum this year at 7,621 due to travel restrictions after outbreak of coronavirus pandemic.

Abdul Waheed may have returned empty-handed from Saudi Arabia, but there are many other people who have changed their fortunes by dent of their hard work in other countries. One such person is Aminullah from Orakzai who went to Dubai after completing his education.

Aminullah said his family had a business of selling and purchasing vehicles and after going to Dubai he further boosted his knowledge about vehicles. He said he worked at a vehicles showroom the owner of which was not literate.

“I had difficulties in the start and my salary was also 500 dirhams as I dint have dealing powers and I was just a worker. But then I started dealing with African and other countries’ customers for other showrooms through which I earned good commission,” he said.

Nasir told TNN that the job of a travel agency is confined to sending people abroad through visa, while job and accommodation is the responsibility of the employer company.

Aminullah said once he came back to Pakistan, but he didn’t have enough resources to start business on his own. Then he returned to Dubai in 2005 where a showroom owner offered him partnership on the basis of his experience and skill. He said he started a successful business from that showroom.

“I have employed dozens of foreign workers now. People come and invest in my business. I am happy here and earning good profit. My family is also settled here now,” he said.

Aminullah advised those going abroad for work that they must come after learning some skill. He said workers must quickly learn the tricks of business and start their own business no matter how small it is.