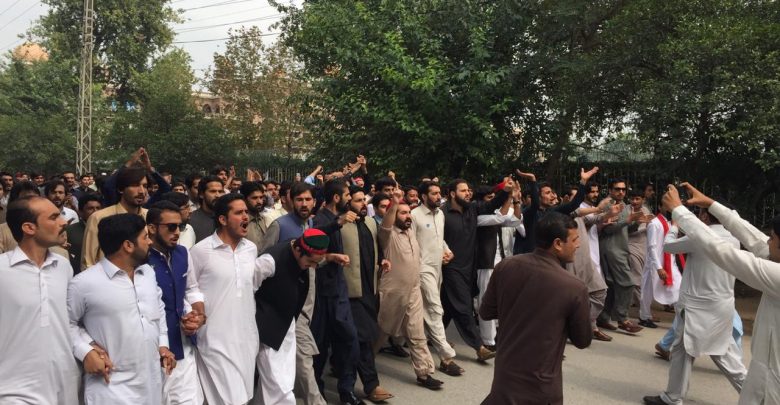 PESHAWAR: Undeterred by police brutality, students of University of Peshawar continued their protests against fee hike.Hundreds of students on Tuesday staged a protest against the administration and demanded reduction in admission fee as well as apology for its involvement in torturing students.

They demanded a thorough inquiry of recent police brutality injuring dozens of students and arresting as many for holding a peaceful protest.

Campus police baton charged and injured hundreds of students who were protesting fee hike and alleged corruption in the university on October 4 of this month.