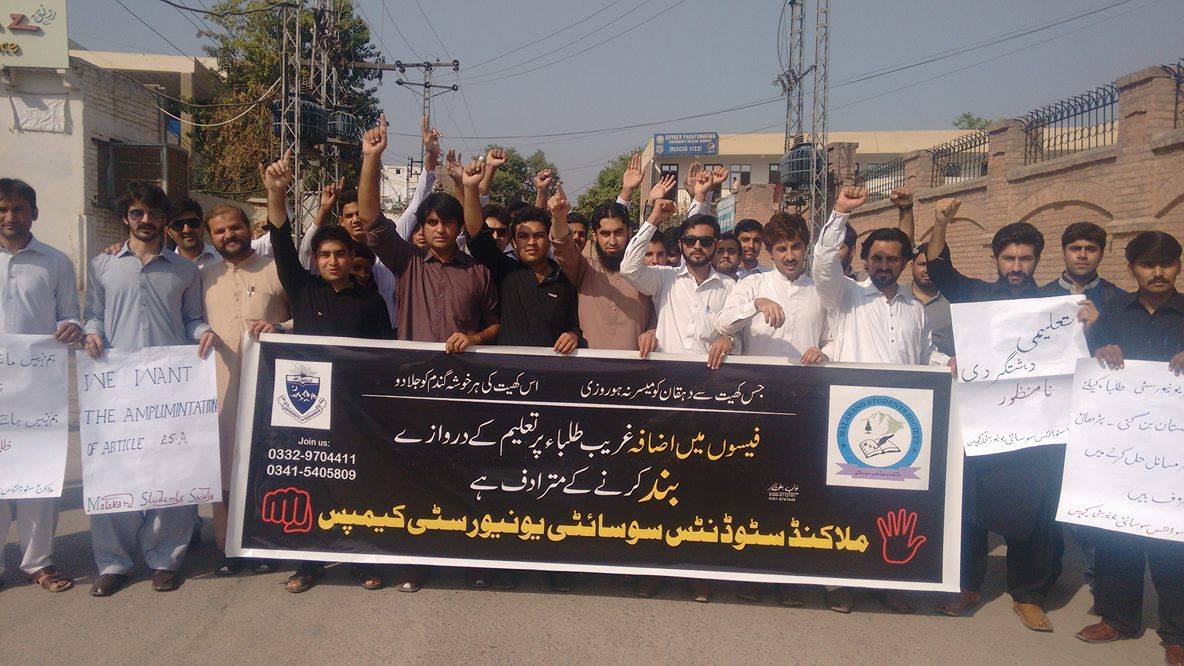 PESHAWAR, 11 October: Malakand Students Society on Wednesday staged a demonstration against the administration of University of Peshawar to protest hike in semester fee.

The protesting students while criticising the university administration claimed that the administration has increased fee from Rs19000 to Rs30,000 per semester.

They warned if the rise in fee was not withdraw the students would lock down the university as did by the students of Quiad-e-Azam University in Islamabad.

Society’s president Asmat Nawaz told Tribal News Network that Islamia College University and Agriculture University have same fee structure for all semesters. “I have paid Rs19000 as first semester fee in Department of Disaster Management but the administration asking me to pay Rs30,000 in third semester,” he said.

They demanded of the provincial government to take notice of the fee hike and reduce it so that poor students who could not afford should not be deprived of their right.