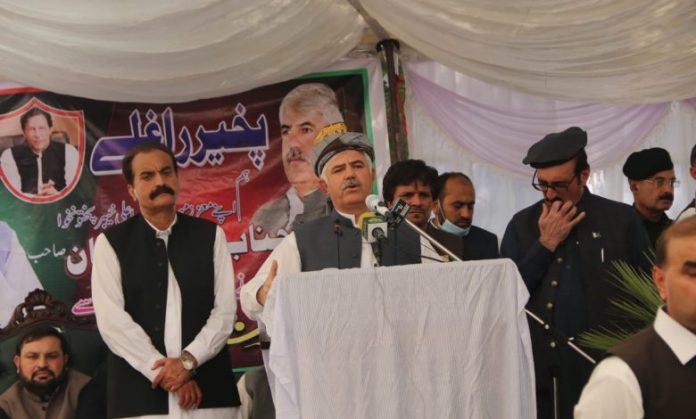 The chief minister said this while addressing a public gathering in Khar, the main town in Bajaur tribal district, during his daylong visit to the area.

The chief minister said educational institutions of merged tribal districts were being upgraded, whereas second shift in schools on need basis would be started to promote education. He said a meeting on regularisation of contractual employees in projects in merged districts will be held soon and a positive outcome is expected.

Turning to political issues, the chief minister said that Pakistan Democratic Movement (PDM), the alliance of 11 opposition parties, is a group of corrupt elements that is trying to hide their corruption and malpractices. He alleged that this group has plundered the country with impunity and now they are trying to divert attention of people from their corruption.

The CM made it clear that Prime Minister Imran Khan has straight away denied them any type of reconciliation relating to their corruption. He said the government believes in ruthless accountability to bring back public money looted by corrupt elements.

Six SEZs to be set up across KP

Chairing a meeting about establishment of economic zones in Peshawar on Friday, the chief minister said the government has made all necessary arrangements for this purpose which will provide 300,000 jobs to educated youth.

Mahmood Khan said the future of KP is linked to industries which yield positive results to strengthen the economy.