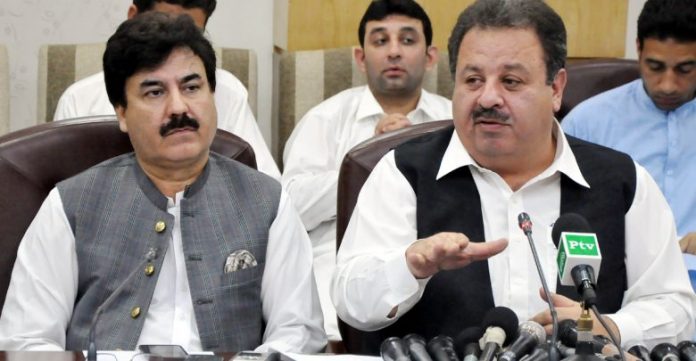 PESHAWAR: The Khyber Pakhtunkhwa Minister for Communication and Works, Akbar Ayub has said that all roads in rural areas of Newly Merged Districts (NMDs) measuring up to 50 to 60 km would be constructed within a period of one year.

The minister added KP government is focused on uniform developmental strategy with special attention to the development and reconstruction of NMDs. “Our efforts would bring tribal districts to stand on their own feet. Their sufferings would considerably be mitigated by our developmental strategy,” Akbar Ayub maintained while addressing a press conference here on Wednesday at the cabinet room of civil secretariat.

The KP information minister Shaukat Ali Yousafzai was also present during the press conference. Akbar Ayub revealed that after the peaceful election in tribal districts KP government is going to initiate the integrated development by improving the roads infrastructure to connect the whole province for expeditious development.

“All roads in rural areas of tribal districts measuring up to 50 to 60 kilometres would be constructed within a period of one year,” the minister announced.  The Minister added the rate of construction material in government projects would be evaluated by the C&W department and contractors associated with the C&W department could work with other government departments.

Akbar Ayub said that projects such as Swat Motorway, and the second phase from Chakdarra to F&athepur, the futuristic plan of Motorway from Peshawar to D.I.Khan, the by-pass from Badhber to Chamkani, dualization of Hatar road etc., adding that these projects would create easy access to mobility from one area to another, reducing the distance considerably and opening of these areas from tourism, mineral development and rapid trade activities that would ultimately increase job opportunities and ensure overall prosperity of the province.

In response to a question about delay in completion of Bus Rapid Transport project in Peshawar, Akbar Ayub said if the project was given to C&W, it would have produced far better results

Talking about July 25 protest, Shaukat Yousafzai said opposition parties were fully allowed to stage protest demonstrations, but the accountability process would continue and would not stop though protest.