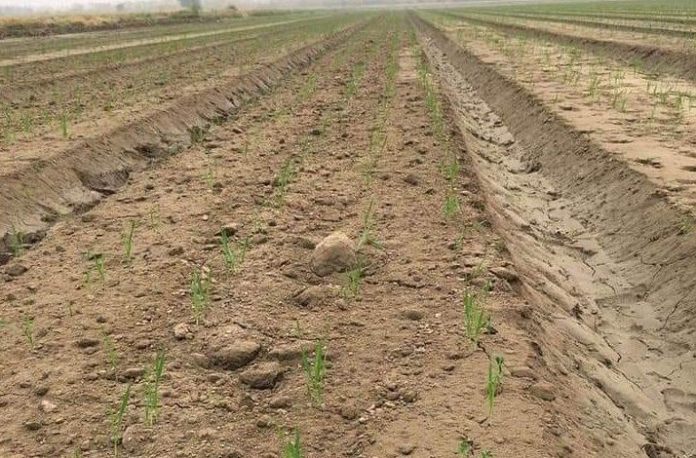 PESHAWAR: On Tuesday, the US Embassy in Islamabad and the Khyber Pakhtunkhwa Planning and Development Department (P&D) celebrated the successful completion of a crop control and area development project worth $4.2 million that benefitted more than 4,500 families from Bajaur, Khyber, and Mohmand districts.

At the same event, partners celebrated the launch of a new project worth $1.3 million that will benefit farming communities from Torghar district. Director of the US Embassy’s International Narcotics and Law Enforcement (INL) team Mark Tervakoski and Director General of P&D Muhammad Bakhtiar Khan chaired the ceremony, says a press release.

With US government funding, the KP government built 21 kilometres of roads, 31 irrigation channels, and 18 drinking water supply systems, and gave 350 farmers high value crop seeds and training to cultivate more than 1,733 acres of land with lucrative legal crops in lieu of illegal ones. The new roads gave law enforcement access to the rural communities, and those communities gained access to markets to sell their legal crops, hospitals to care for their sick, and schools for their children.

P&D Director General Bakhtiar Khan said, “The Government of Khyber Pakhtunkhwa highly values the long-term partnership with and commitment of INL towards eradicating illicit crops and providing alternate sources of livelihoods in the tribal districts of Khyber, Mohmand, and Bajaur. The project successfully replaced poppy cultivation with more socially acceptable crops yielding greater income. With INL’s assistance, the government of KP was able to construct roads to formerly inaccessible areas, develop water sources for drinking and irrigation, and train farmers to increase yields.” He expressed appreciation for the collaboration with the United States to bring sustainable “change to the lives of the targeted communities.”

During the ceremony, INL Director Tervakoski recognized the long-standing and strong partnership between the US and KP governments to curb illegal crop production in the province.

“This achievement illustrates the fruits of our labour. The $4.2 million investment to offer lucrative legal alternatives to farmers vulnerable to illicit crop production will have a lasting impact in the Mohmand, Bajaur, and Khyber districts,” Tervakoski said.

For more than 30 years, the United States and Pakistan have worked together to reduce the supply of poppy and enhance alternative livelihood opportunities for the farmers of KP and its newly merged districts. The US Department of State’s Bureau of International Narcotics and Law Enforcement works in more than 90 countries to help combat crime and corruption, counter the narcotics trade, improve police institutions, and promote court systems that are fair and accountable.