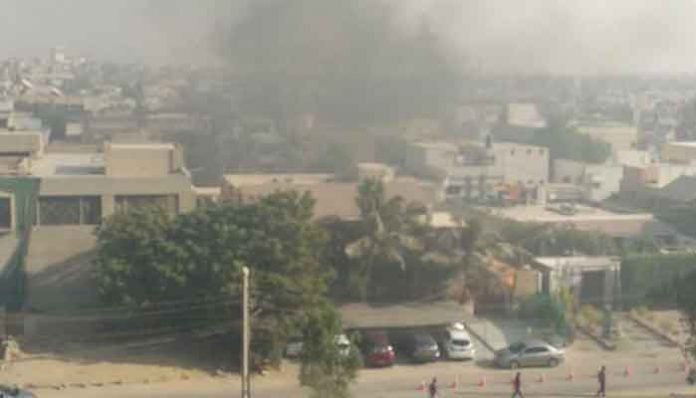 PESHAWAR: The United States has condemned in the strongest terms Friday’s terrorist attacks in Orakzai tribal district and Karachi, which killed 39 people and injured dozens more.

“We send our deepest condolences to the victims’ families and wish for the speedy recovery of those injured. We also commend the Pakistani security forces’ quick and brave response to the attack on the Chinese Consulate in Karachi that prevented further loss of life,” said a statement issued by the US Department of State.

“The United States stands with the Pakistani people in the face of these terrorist acts, and will continue to seek opportunities to cooperate with the Pakistani government to combat these threats in the region,” said the statement.