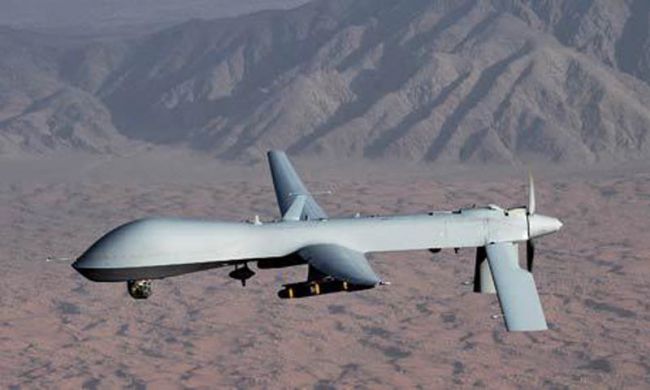 MIRANSHAH, 17 May: Five terrorists have been killed in a US drone attack in North Waziristan Agency.

According to security sources, two pilotless planes fired two missiles on a house in Shawal tehsil and killed five militants including three foreigners. An important militant commander was also among the dead.

US drone strikes reduced in North Waziristan after the Pakistan Army launched full-fledged Operation Zarb-e-Azb against terrorists in the area. However, the US still conducts drone strikes in the area which Pakistan says are against its sovereignty. Pakistan has also repeatedly lodged protests with the US against these drone attacks.