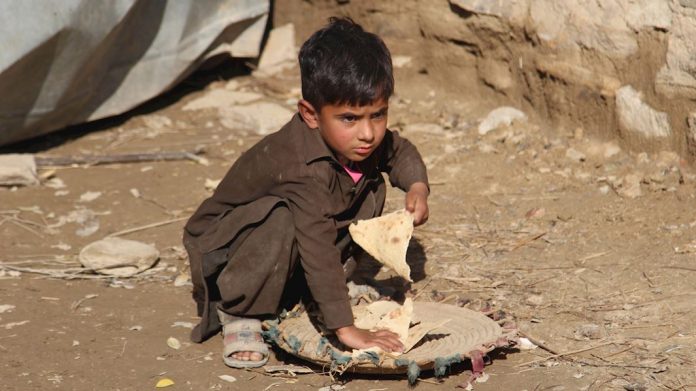 PESHAWAR: In a video message released Thursday on US Mission Pakistan’s social media platforms, Ambassador Paul Jones discussed how the United States is expanding its partnership with Pakistan to alleviate poverty in the country.

“I’d like to highlight how together we are protecting those most vulnerable to the economic fallout from coronavirus,” said US Ambassador Paul W. Jones.

The ambassador announced a new American contribution of $5 million to support Pakistan’s Ehsaas Emergency Cash Program and a $2.5 million therapeutic food program for children diagnosed with acute malnutrition. Since designating Pakistan a priority country for coronavirus assistance, the United States has committed nearly $15 million in new funding to Pakistan.  All of these contributions were identified as top priority needs by Pakistani authorities, and they are fully funded by the American people.

Ahead of Mother’s Day, the United Nations Children Emergency Fund (UNICEF) has called for the world’s governments to maintain life-saving services for pregnant women and newborns that are under increasing threat from strained health services and supply chains as a result of coronavirus outbreak.

The UN agency estimates that 116 million babies have been born since the onset of the COVID-19 pandemic, with Pakistan grouped among the countries that have the highest number of forecast births.

It said that new mothers and their babies are facing systems in crisis, including overwhelmed health centres; supply and equipment shortages; and a lack of skilled birth attendants, including midwives.

“Millions of mothers all over the world embarked on a journey of parenthood in the world as it was,” Henrietta H Fore, UNICEF executive director, said in a statement.

They now must prepare to bring a life into the world, as it has become a world where expecting mothers are afraid to go to health centres for fear of getting infected, or missing out on emergency care due to strained health services and lockdowns.

Mother’s Day, which will be celebrated on Sunday, is recognised by more than 128 countries.