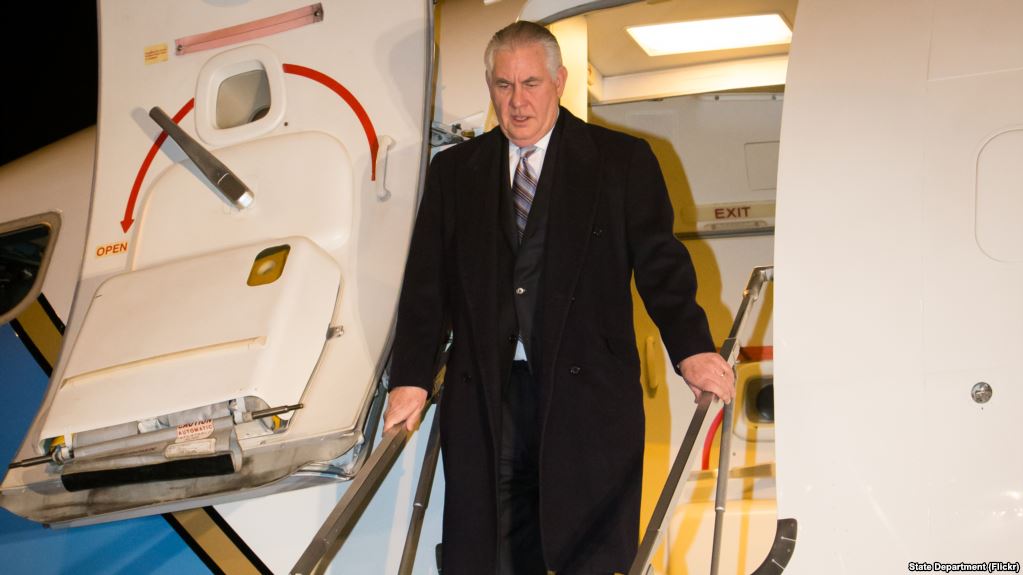 PESHAWAR, 24 October: The US Secretary of State Rex Tillerson will arrive on a one-day visit to Pakistan from Afghanistan today (Tuesday).

During his visit, Tillerson will hold meetings with Pakistan’s civil and military leaders to discuss bilateral relations, cooperation and other matters. Analysts say the visit of Tillerson to Pakistan will serve as a new beginning for the Pak-US diplomatic and defence ties after Donald Trump became the President of the US.

Talking to media persons at Bagram airbase in Afghanistan, the US secretary of state said the US has made some suggestions to Pakistan for weakening the Taliban militants and he will discuss these suggestions with the Pakistani leadership during his visit. He said the US wants to work jointly with its allied countries to counter the threat of militancy in South Asia.

Tillerson said the US has announced a clear policy about South Asia and made conditions for ties with Pakistan. He said the future of Pak-US ties will depend on Pakistan’s cooperation with the US.

Analysts said Pakistan will raise the issue of increasing Indian influence in Afghanistan with Tillerson.