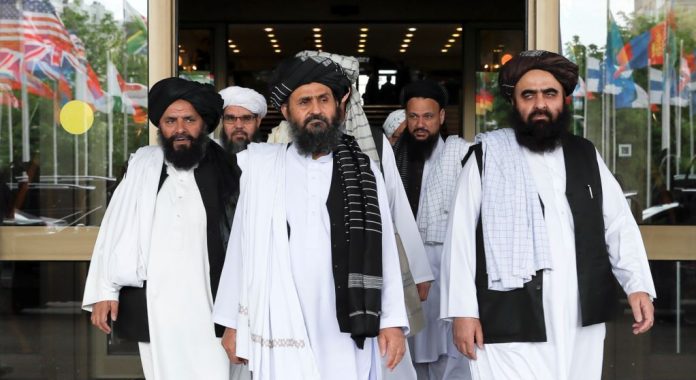 PESHAWAR: The latest round of talks between the Afghan Taliban and US negotiators has concluded at the political office of the Taliban in Doha with both sides optimistic for signing of a peace deal.

The US special envoy to Afghanistan Zalmay Khalilzad expressed optimism about the peace deal in a tweet saying that both sides are on threshold of signing a peace deal to end the 18 years long war in Afghanistan.

“We are at the threshold of an agreement that will reduce violence and open the door for Afghans to sit together to negotiate an honorable & sustainable peace and a unified, sovereign Afghanistan that does not threaten the United States, its allies, or any other country,” he wrote on his Twitter account.

Khalilzad further said he is travelling to Kabul for consultation after conclusion of talks in Doha. He did not elaborate if he had a finalised text to share with Afghan authorities, but several officials have hinted in recent days that moving talks to Kabul could signal a positive outcome.

After 18 years of war, now the US is looking in a hurry to clinch a peace deal with the Taliban. The main demand of the US is end of violence and stopping the use of Afghan soil for attack on any other country by terrorist organisations in future, while the main demand of Taliban is that the US forces should leave Afghanistan. Both the sides were saying till three days ago that the deal is almost ready, but another problem surfaced when US President Donald Trump Thursday said that he is planning to withdraw thousands of US forces from Afghanistan, but will keep 8,600 troops in the country, at least for the time being.

“We’re going down to 8,600 and then we make a determination from there as to what happens … we’re bringing it down,” Trump was quoted as saying. The Taliban while reacting to the statement said peace in Afghanistan is not possible in presence of foreign troops.

Taliban political office spokesman Sohail Shaheen said the main agenda of the talks was that the US and Nato forces should leave Afghanistan.