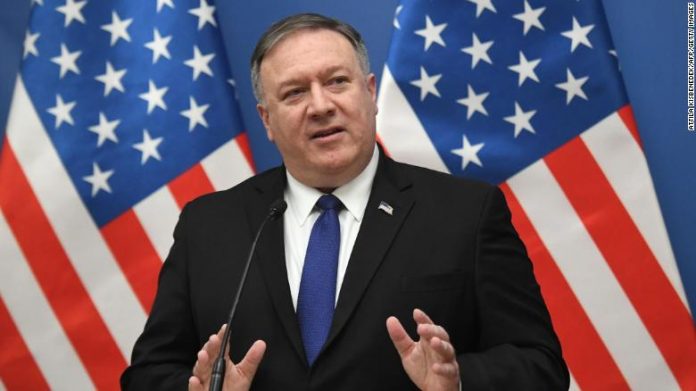 PESHAWAR: The United States has expressed concern over the increasing Pak-India tensions in the aftermath of terrorist attack in Pulwama area of Occupied Kashmir which India blamed of Pakistan.

The US Secretary of State Mike Pompeo said in a statement that after the Indian action inside Pakistan on Tuesday, he spoke with Indian Minister of External Affairs Sushma Swaraj to emphasise the close security partnership and shared goal of maintaining peace and security in the region.

“I also spoke to Pakistani Foreign Minister (Shah Mehmood) Qureshi to underscore the priority of de-escalating current tensions by avoiding military action, and the urgency of Pakistan taking meaningful action against terrorist groups operating on its soil. I expressed to both ministers that we encourage India and Pakistan to exercise restraint, and avoid escalation at any cost. I also encouraged both ministers to prioritise direct communication and avoid further military activity,” Pompeo said.

Meanwhile, the United Nations Secretary General Antonio Guterres also telephoned Shah Mehmood Qureshi. The foreign minister told the UN chief that Pakistan has come under attack and this was a huge incident on an international level. The minister told Guterres that India dropped four bombs in Pakistan, but fortunately, there was no life loss. “Contrary to Indian claims of having killed 300 people, not even one body was found,” Mr Qureshi said.

The minister said the Modi government was trying to fool the Indian nation for political mileage. He said the power-hungry Indian rulers endangering innocent lives to cover up their misdeeds.

Mr Qureshi said the UN secretary general assured of full cooperation and expressed concern over the situation. He said she showed the real picture of the situation to the UN chief.

Pakistan has also made it clear that it will not participate in a meeting of the Organisation of Islamic Cooperation (OIC) scheduled for next month if Indian External Affairs Minister Sushma Swaraj participates in it.

Shah Mehmood said he has no issues with any Muslim country, but Indian Foreign Minister Sushma Swaraj’s attendance at the OIC meeting is unacceptable to Pakistan. He made it clear that he cannot attend the meeting in presence of the Indian minister.