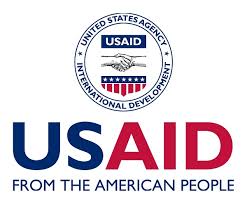 MINGORA, 5 October:  The US Agency for International Development (USAID) on Thursday hosted a fun fair celebrate World Teachers Day where children and their teachers and parents gathered.

The fun fairs were also organised in both Kabal and Mingora, Swat, for a fun-filled day of learning activities to celebrate the importance of teachers in a society. The Khyber Pakhtunkhwa Education Department and the Provincial Reconstruction Rehabilitation and Settlement Authority (PaRRSA) also partnered in the event.

“Such engaging activities help create awareness and give hope to small communities,” said Mr. Amir Afaq, Deputy Commissioner, Swat, and Chief Guest at the event.  “The people of Swat have been through a lot of turmoil and I am delighted to see them and their children returning to the joy of a normal life.”

The funfair, which took place simultaneously in Kabal and Mingora, featured various activities for children and their families including games, speech competitions, and singing and painting contests.  During the funfair, several teachers received awards and public recognition for their services and support.

“We are grateful to USAID for reconstructing the damaged schools,” said Badshah Khan, a farmer and father of three children who attended the funfair.  “My children are enjoying better facilities. Today’s event has provided us the opportunity to gratefully acknowledge USAID and our provincial government for helping us back to normal life.”

Children enthusiastically participated in the different games and competitions at the funfair, and their performances were inspiring. “I had a lot of fun at today’s mela,” said Amna, an eight-year student of Government Girls Primary School, Kabal.  “I made so many new friends and we all participated in games and contests.”

The funfair was part of USAID’s efforts to improve quality of life for the people of Swat after their displacement due to militancy and subsequent return to their homes.

USAID is helping rebuild the infrastructure that was destroyed by the militants and the 2010 flash floods. So far, USAID has reconstructed 113 schools and different health facilities, helped people rebuild their destroyed houses, and revived the flood-affected fisheries, the tourism industry, and agriculture in the Malakand Division. Work is also underway to rehabilitate another 116 flood-affected schools in the region.