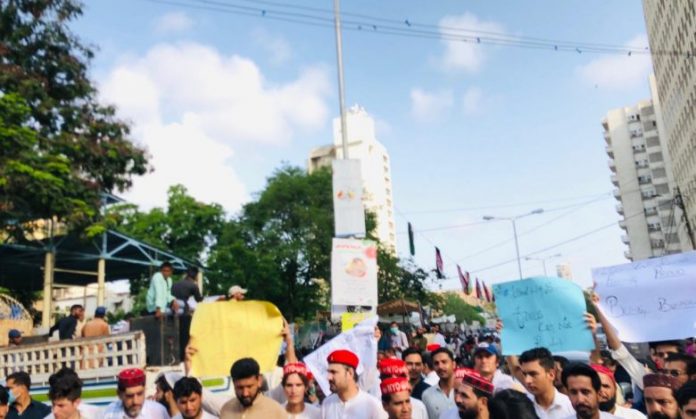 PESHAWAR: The publication of word ‘foolish’ for the people of Buner in the curriculum books published by Gaba Publishers, a Karachi-based publishing company, has drawn sharp criticism and protest from Pakhtuns in Karachi and Khyber Pakhtunkhwa, particularly in Buner.

In Buner, protests were arranged by Jamaat-e-Islami (JI) Youth Wing, Awami National Party (ANP) and Awami Workers Party at separate venues against the alleged linguistic and racial discrimination on Tuesday. A protest demonstration was also held outside Karachi Press Club which was participated by activists of different Pakhtun organisations in large number.

The protesters were demanding action against Gaba Publishers and lifting of books from schools in which the insulting word for people of Buner has been used. Besides the people of Buner, mostly the Pakhtun nationalist activists and ANP workers are on the forefront of protests.

The ANP Central Cultural Secretary Mian Syed Laiq Bacha said while talking to TNN that the use of insulting word for Buneris in the English book of Gaba Publications has hurt the sentiments of Pakhtuns, particularly the people of Buner. He said the publication company has reignited the fire of discrimination which was in vogue during the British colonial era.

The ANP leader said he has contacted Gaba Publishers Director Muhammad Rashid and informed him about the sentiments of Buneris about the issue. He said the publishers have assured lifting of books from the market which carry the controversial topic and they have also assured to remove the insulting reference from the book.

The controversial topic of the Gaba Publishers book was first shared on the social media, which drew sharp criticism and Pakhtuns started protest against it gradually. Several famous personalities have also recorded their reaction on the issue.

Ziauddin Yousafzai, father of Pakistani Nobel Laureate Malala Yousafzai, shared the page of the book on which the controversial topic is published, on Twitter, saying that his forefathers belonged to Salarzai area of Buner. He said his great grandfather Abdul Ghaffar (known has Ashari Baba) shifted to Shangla from Buner two and a half centuries ago. He said he is proud of his Buner link.

Gaba Publishers not registered in KP

KP Information Minister Kamran Bangash has expressed disappointment over the publication of insulting topic by Gaba Publishers, which has racially targeted the people of Buner.

The minister said Gaba Publishers is not registered with KP Textbook Board and none of its books is taught in any government school of the province. He said the education minister has ordered inquiry into the matter and the provincial government would do whatever is in its power to fix the issue.

The matter of insulting topic against Buneris also echoed in the Senate of Pakistan.

On Monday, the JI Senator Mushtaq Ahmed Khan strongly condemned the ‘Seven Foolish Men’ story in the English book of Gaba Publishers and said use of words like ‘foolish’ for the brave people of Buner is a degrading act. 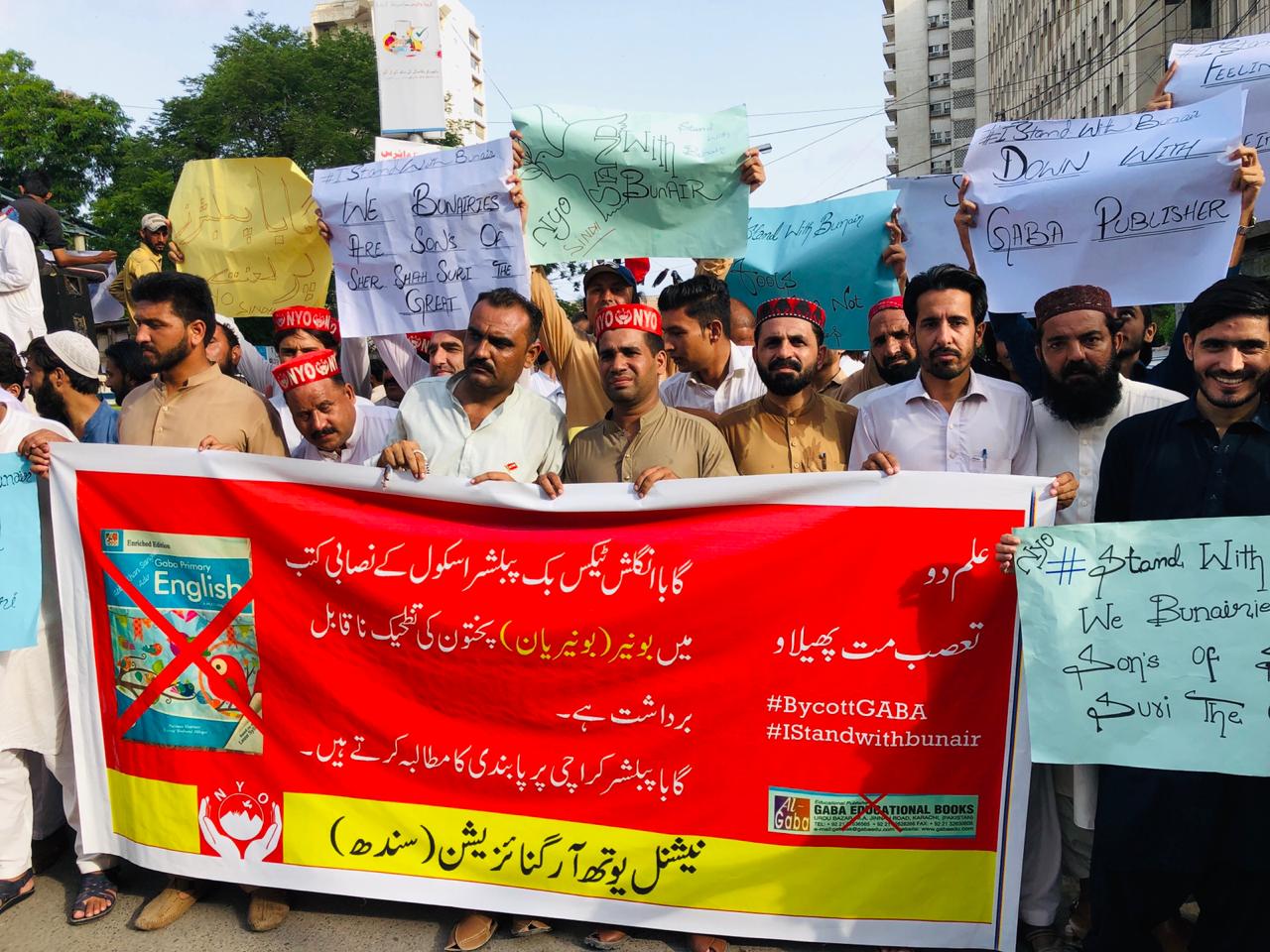 Mushtaq Ahmed Khan said in the Upper House of the Parliament that it were the valiant people of Buner who fought the Ambela war against the British rulers in 1862 which has been mentioned by then governor Sir Caroe in his book ‘The Pathan’. He said the author has admitted that the people of Buner kept the British troops confined to Ambela for two months. He mentioned that the British troops after imminent defeat purchased the loyalty of some Khans and saved them from total defeat by clinching a ‘no-interference’ deal with the people of Buner. Mushtaq further gave reference to writer WW Hunter who wrote that there was no one to stop Buneris till the Lahore Governor House had they got success in that war.

Senator Mushtaq said it is an old practice from the time of British rulers that anecdotes were made against people who challenged them. He said Buner is the land of saints from where Islam spread to KP, particularly in Malakand Division. He demanded the government to take strict action against elements involved in creating hatred and divisions by creating such issues.

Besides staging protests, Qadir Khan, a Karachi-based lawyer originally hailing from Buner, and Aziz Buneri, Secretary Finance of Peshawar Press Club, have also sent legal notices to Gaba Publishers in which it has been stated that the controversial topic in the publishers’ English book has hurt the sentiments of Buneris. It said the publishers must immediately halt sales of the book and also lift the books from market.