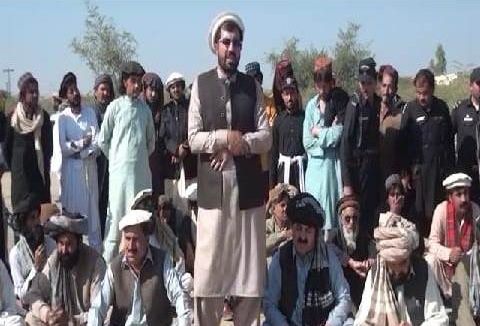 MIRANSHAH: The elders of Utmanzai tribe in North Waziristan tribal district and Frontier Region (FR) Bannu have emphasised that educational institutions, hospitals and roads should be built in the tribal districts before bringing the system of police and jails.

The Utmanzai elders and Khassadar Force officials held another Jirga in Mir Ali in North Waziristan on Thursday during which the government was asked to desist from bringing police system in the tribal district without consultation with local elders.

Elder of Utmanzai tribe Malik Nasrullah Khan Wazir said the people of the tribal districts will never accept the police system. He said the rulers should fulfil the promises made with the tribal people by Founder of the Nation Quaid-e-Azam Muhammad Ali Jinnah.

All Fata Levies Chairman Subedar Syed Jalal said the Levies personnel stood shoulder to shoulder with the security forces in bringing peace. He said the Levies Force appeals to the government not to bring police and Patwar system in the tribal districts. He said Khassadars will not hand over their prerogative to some other force after offering so many sacrifices for peace in the region.

Elders at the Jirga called upon the government to keep in view the tribal traditions while carrying out the merger process. They said the centuries-old tribal traditions are a matter of pride for the tribesmen and they will protect these traditions at legacy of their elders.

Earlier on November 13, the elders of Utmanzai and Ahmedzai tribes of North Waziristan held a Jirga in Qazi Fazle Qadir Shaheed Park in Bannu in which they refused to cooperate with the government in bringing police system to the tribal districts.