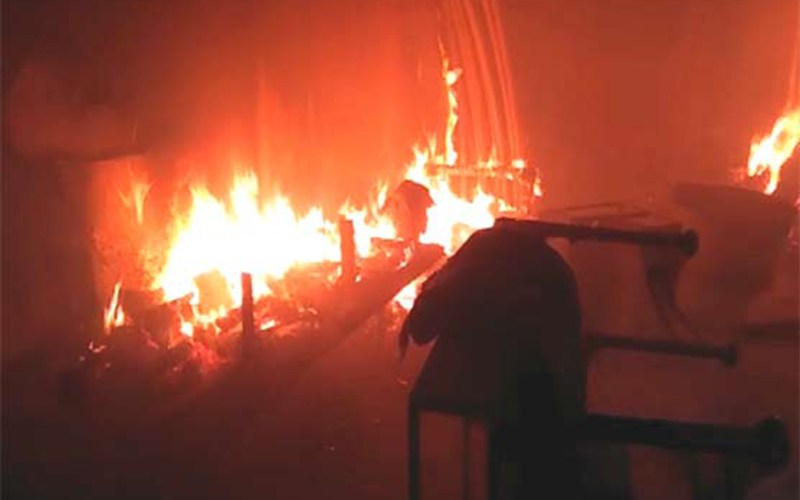 PESHAWAR, 07 August: Important files and the valuable record was destroyed as the fire broke out at the office of the Peshawar Development Authority in Hayatabad, gutting stationery and cabins.
Sources said that the fire suddenly broke out at the Control Authority Section. Sources said that reasons of the fire are yet to be determined.
After the incident, Director General PDA formed a probe committee to investigate into the matter and determine reasons behind the fire. The committee would submit its report to DG within three days.