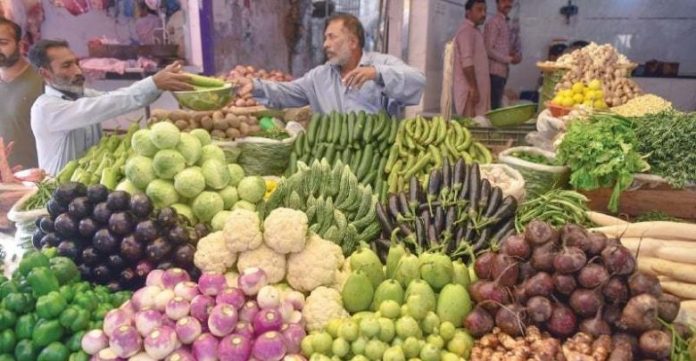 PESHAWAR: After enormous increase in the prices of flour, now the prices of vegetables are also witnessing unprecedented increase which has made it difficult for a common man to keep body and soul together.

The citizens are very perturbed over skyrocketing prices of vegetables and blame the government for lack of check and balance. They said the vegetable traders are looting the citizens, while the district administration is playing the role of silent spectator. In the given situation, they said, it has become difficult for a common man to keep his body and soul together.

The unprecedented hike in the vegetable prices with the advent of new year has raised question marks over the performance of the government to check price-hike.

Shahar Bano, a citizen in Peshawar, said while talking to TNN that she used to buy cauliflower at Rs10 per kg, but now it is available at Rs70 per kg.

“There was a time when even our cattle did not eat cauliflower due to its abundance, but now it is getting out of the reach of human beings,” she said sarcastically.

Khalid Awan, another citizen, said now the daily budget of buying vegetables for his home has mounted to Rs1,000. He said he has a good job and earns well, but could hardly manage the budget after the recent layer of inflation. He wondered how a common man earning few thousand rupees per month would manage household budget nowadays.

Last week, flour prices also witnessed increase. The price of 20kg flour bag was increased by Rs50 to Rs100 after which the price of fine flour mounted to Rs1,000 and super fine flour to Rs1,100.

The prices of gas, electricity and petrol have already been increased with the arrival of new year.