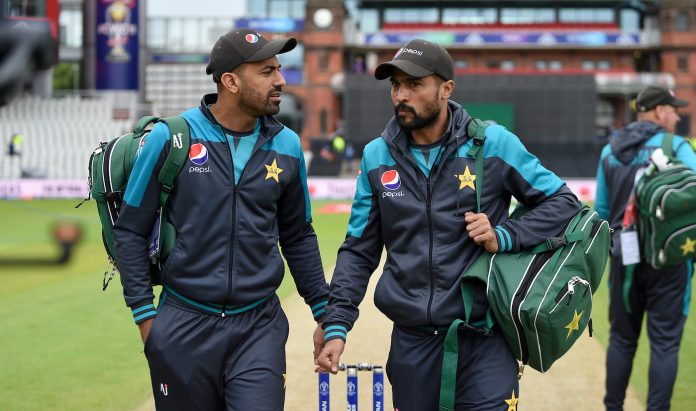 PESHAWAR: Pakistan’s chances of playing the semi-final of the ICC World Cup in England are very dim due to their continuous poor performance.

Even if Pakistan win all its four remaining matches against South Africa, New Zealand, Bangladesh and Afghanistan, then too it will have to rely upon the results of other teams. Pakistan are currently languishing one place above the bottom with just three points after five matches. They have won only one match, lost three matches, while the match against Sri Lanka was washed out due to rain.

Pakistan were frustrated over the Sri Lanka game washout as they were hopeful of winning that match. But the poor form of the team suggests that it wasn’t certain.

Another major cause of worry for Pakistan is the net run rate which is the lowest from all teams, even less than Afghanistan mainly due to heavy defeats by West Indies and India. Even if Pakistan somehow won the remaining matches, it will be tough to qualify for the semi-final because of run-rate issue. It means that Pakistan will have to win all the remaining matches with considerable margin and then pray for other teams to win or loss according to Pakistan’s favour.

Keeping in view the current form of Pakistan, it will be very difficult to defeat New Zealand, South Africa and Bangladesh. Bangladesh are having a good outing by defeating South Africa and West Indies and they are looking good for more victories. New Zealand are still unbeaten in the world event, while South Africa have been below par so far, but their run rate is better than Pakistan.

Pakistan will play their next match against South Africa on June 23. By then, the positon of points table will become clearer and Pakistan will know what exactly needs to be done.

Although most cricket experts have already called it curtains for Pakistan, but captain Sarfraz Ahmed insists that the tournament is not over yet and they will try to play better cricket in the remaining games. At least two or three changes are likely in the playing eleven. At least there is consensus among experts that Shoaib Malik has already played his last ODI.