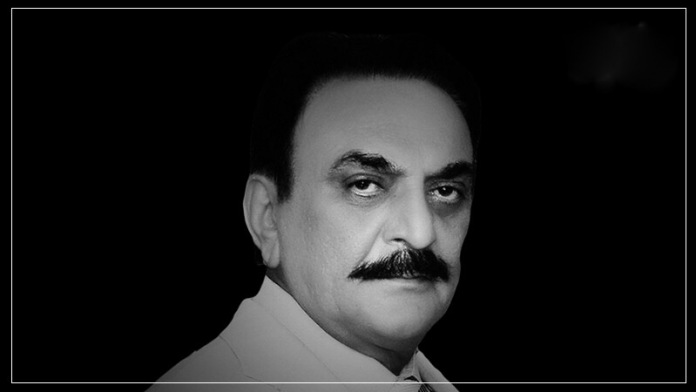 PESHAWAR: Veteran actor, director and producer Abid Ali has passed away at the age of 67 after a prolonged illness, his wife confirmed to media on Thursday. Ali was admitted to Karachi’s Liaquat Hospital on Monday after being diagnosed with liver disease. He has three daughters from his first wife, singer Hamira Ali.

The family had appealed to people to pray, saying doctors have made Abid Ali’s recovery almost impossible. A few days back rumours of Abid Ali’s death were also reported but now his wife Rabia Abid has confirmed that Abid Ali is now in this world.

Born as Abid Sher Ali in 1952 in Quetta, he had been fascinated with art and literature since childhood and came to Lahore from Quetta in youth and started showbiz on Radio Pakistan and later on TV in 1973. He launched a successful career as an actor with the PTV drama ‘Jhok Sial’ in 1973.

But he was perhaps best known for his role as ‘Dilawar Khan’ in ‘Waris’, the classic 1979 PTV drama serial. He has worked in many memorable plays from the 80s and 90s, including ‘Pyaas’, ‘Duriyan’, ‘Dasht’, ‘Mehndi’, ‘Diyar-e- Dil’, Daldal, Moorat, Rukhsati, Baitiyaan, Bad Gumaan, Gushtakh Ishq, Naagin and others.

Abid Ali is the recipient of the prestigious Pride of Performance. He was recently seen in the film Heer Maan Ja, alongside Ali Rehman Khan and Hareem Farooq.

After news broke of his demise, tributes began pouring in from the acting fraternity. “We worked together in so many dramas and he was one of my closest friends in the industry,” writer and poet Amjad Islam said the media. “He was one of the pioneers in the drama industry despite not having any formal acting training,” he added.

#AbidAli became the top Twitter trend in the country as users of the micro-blogging site honoured the veteran actor.

“From Dilawar in Waris to Agha Jaan in Diyar-e-Dil and many more, Abid Ali was/is/will always remain the superior of his craft. This is an irreparable loss,” Dr Shaista Lodhi said on twitter after his death.