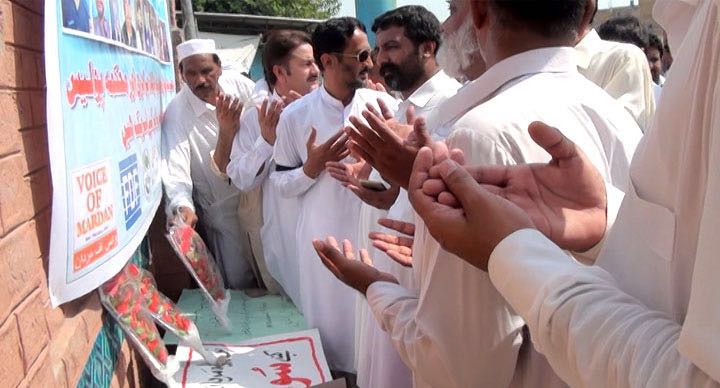 PESHAWAR, 05 September: The death toll in suicide attack on Mardan district courts has mounted to 15 as another injured of the blast expired in Lady Reading Hospital Peshawar on Monday.
The hospital administration said that Sadeequllah hailing from Labor Colony was under treatment for three days but could not be saved due to his deep injuries.
Meanwhile, Nazim Councilor Alliance and civil society organizations organized a march in Peshawar to express solidarity with the victims of Mardan district courts blast.
The participants presented bouquets in the commemoration of those who were killed in the blast and expressed their grief with lawyers’ community