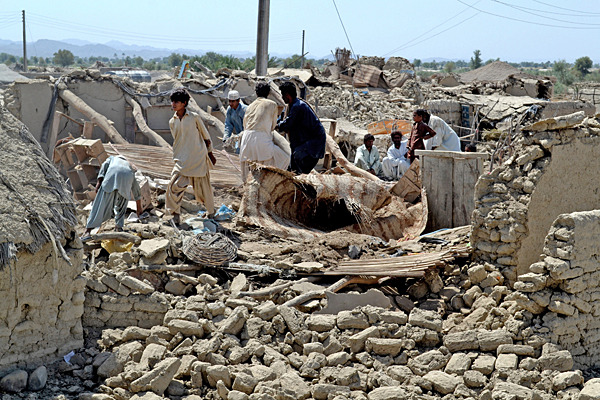 BATTGRAM, 8 October: Battagram district administration on Sunday staged a rally to mark the 12 year of devastating earthquake that has claimed lives of thousands of peoples.

The rally led by deputy commissioner Faral Saqlain while local elders, teachers and officials of the district administration participated in it.

The rally started from Government High School Battgram and culminated outside lower courts. Addressing participants of the rally, the DC said that the catastrophe had left more than 80,000 people dead and thousands injured across the country.

He said that 3000 were killed while 35000 injured in Battgram alone apart from destroying 528 schools and other infrastructure.

He said that 400 schools were reconstructed while the remaining were yet to be built. Besides, rallies were taken out in other parts of Hazara division and Azad Jammu and Kashmir to remember the affectees of the earthquake.