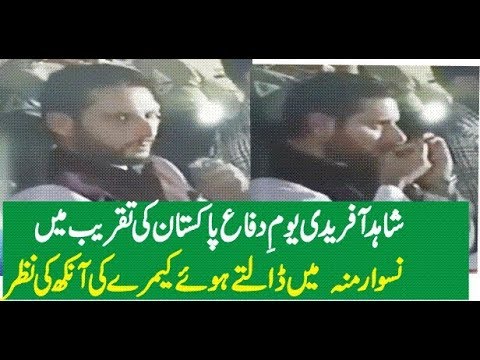 ISLAMABAD: Boom Boom Shahid Afridi who made a name for himself in International Cricket both as a very good and a very bad player.

But this time he is getting famous for another reason altogether as a video showing Afridi enjoying what seems to be naswar during a Defense Day ceremony.

He is shown putting naswar, a tobacco-based snuff commonly used in Pakistan, under his upper lip. Naswar, a kind of drug, gives kick to addicts and their minds goes working when it hits.

For some reason, people have taken a fancy to the video and are passing their own comments on it with some are criticizing him while most of Pakhtun youth praise him. They say it was his personal matter for which he should not be criticised.