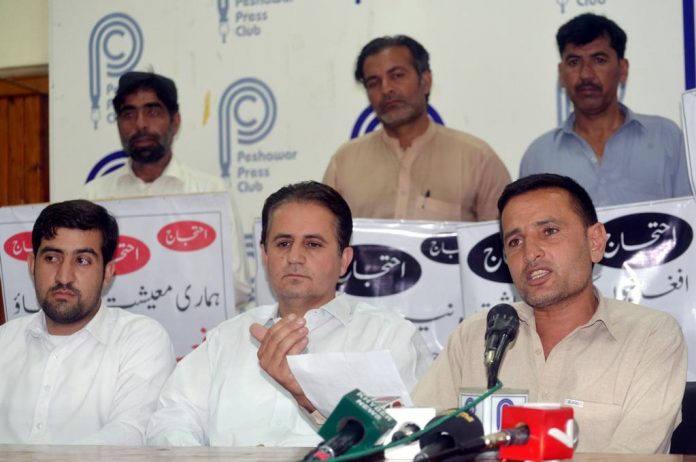 PESHAWAR: Residents of Koga village in Buner demanded the government to send back Afghanistan refugees from their area by vacating Koga refugees’ camp which, they said, has occupied their precious agricultural lands.

While addressing a press conference at Peshawar Press club, Javed Iqbal who was leading the villagers, said Afghan refugees are living on their agriculture lands spreading over 1400 to 2000 kanals for the last four-decades for which the government is paying a nominal amount of Rs75 per kanal.

Iqbal said the farmers are facing difficulties to cultivate the lands near the camp due to the growing population of refugees. They blamed that refugees have also occupied their businesses because of which locals highly perturbed.

Riaz Ahmad, another villager said they have been trying to vacate their agriculture lands and area from Afghan Refugees for last six years but the government is paying any attention to their demand.

On the occasion, they also strongly opposed the government’s decision of extension in stay for Afghan Refugees in Pakistan till June 30, 2020. They remarked that the Afghan Refugees are a burden on our economic burden which is ultimately affecting local businesses and the economy of the country.

Anwar Kamal, another villager said that the government of Pakistan had been hosting Afghan refugees for more than four decades and it was the right time to take the right decision.