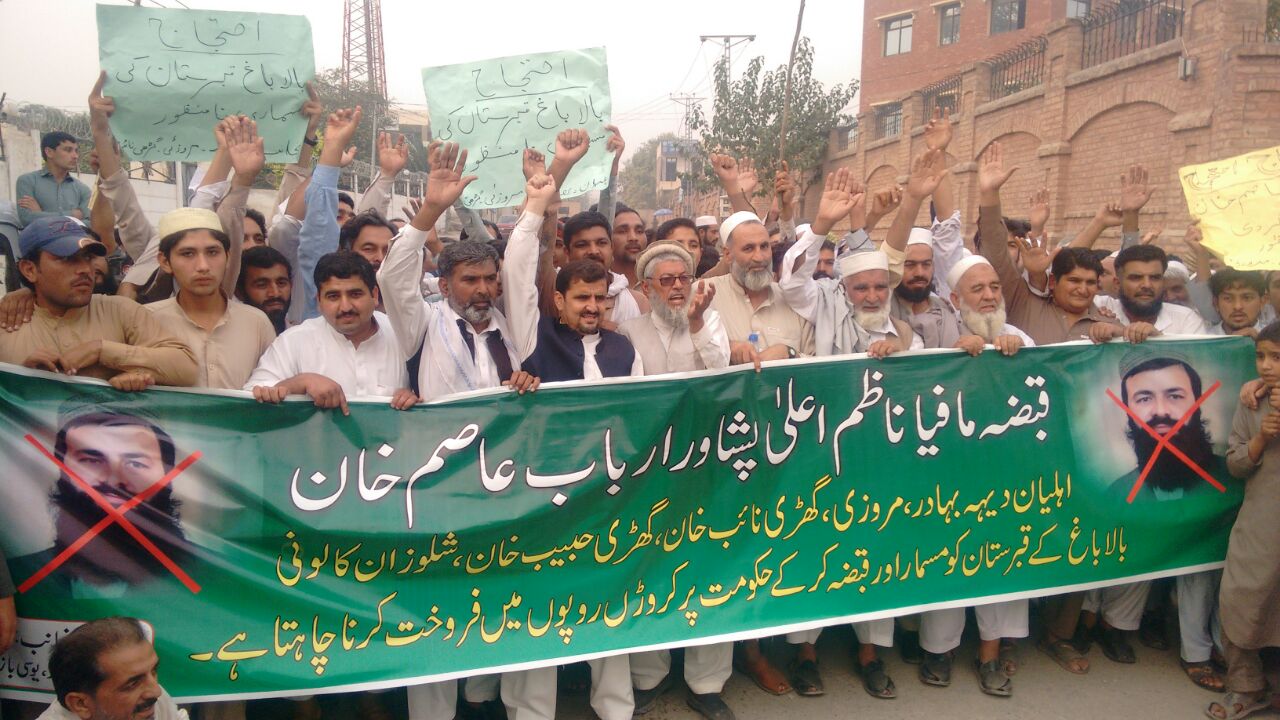 PESHAWAR, 10 November: Residents of different villages in the outskirts of the provincial metropolis on Friday here staged a protest demonstration against District Nazim Peshawar Arbab Asim Khan for allegedly transferring shamilat land to his name and then selling the same to police department.

They were also holding banners and placards inscribed with slogans dubbing the district nazim as “land mafia”.

The protesters said that the villagers had jointly donated 95 kanal shamilat land for graveyard in Balabagh area but the district nazim while misusing his authority, transferred 40 marlas land on his name and sell the same to police department for the construction of police station at Rs400,000 per marla.

“We appeal to the PIT chief Imran Khan to take notice of the matter and stop construction work, otherwise we will raise a lashkar and forcibly stop the work which may create chaos and public disorder in the area,” he threatened.