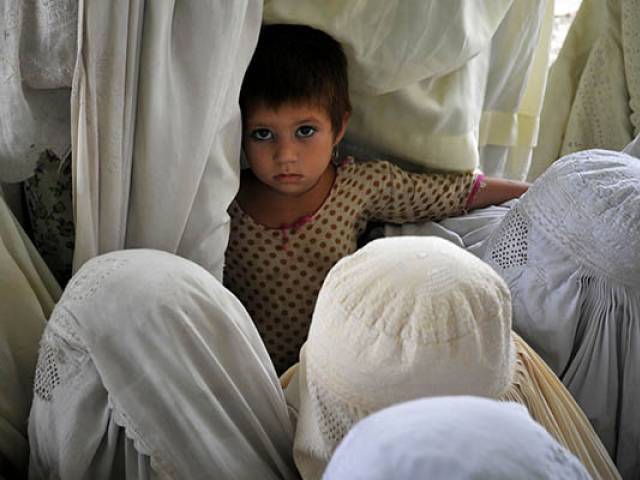 WANA: The participation of women in the polling process in NA-49, South Waziristan is negligible due to a number of factors.

The main factors behind this situation are cultural barriers, lack of education, lack of awareness about their rights and announced and unannounced bans imposed by women from participation in political activities.

The militancy, military operations and subsequent displacement of people from South Waziristan tribal district also changed the demography of the region to some extent. Despite normalcy of the situation, many displaced people, including women, are still reluctant to return to their native areas due to a variety of reasons. There are now many people who come to South Waziristan only for spending Ramazan or summer vacations and then return to their adopted cities.

The participation of women in the political process is considered inappropriate in most of the areas in South Waziristan. Uneducated people don’t allow their women to step outside their homes, while the educated people allow women to do jobs, but still they also haven’t allowed women to go to polling stations.

Due to these factors, the participation of South Waziristan’s women in politics is negligible.

Twenty-eight-year-old Dil Fida, who hails from Kani Gurum, says she holds a Master’s degree in Islamic Education and has six-year experience in social sector, but still her family has not given her permission to cast her vote. She says she will lead other women for exercising their right to vote if she gets permission from her family.

Taj Meena, a housewife, says tribal women even cannot mention the name of any men outside their family.

“In this scenario, how we can even think of casting our votes,” she questioned, adding that she doesn’t know who is contesting elections from South Waziristan as she has nothing to do with it. She said she might have been aware of their names had they done anything for development of the area. She said a woman will ask for trouble if she casts vote in South Waziristan.

According to the Election Commission’s data, there are about 2.7 million voters in erstwhile Fata, including 1.9 million males and 0.8 million females. The Election Commission has already stated that results of any constituency with less than 10 percent women voters may be declared invalid.