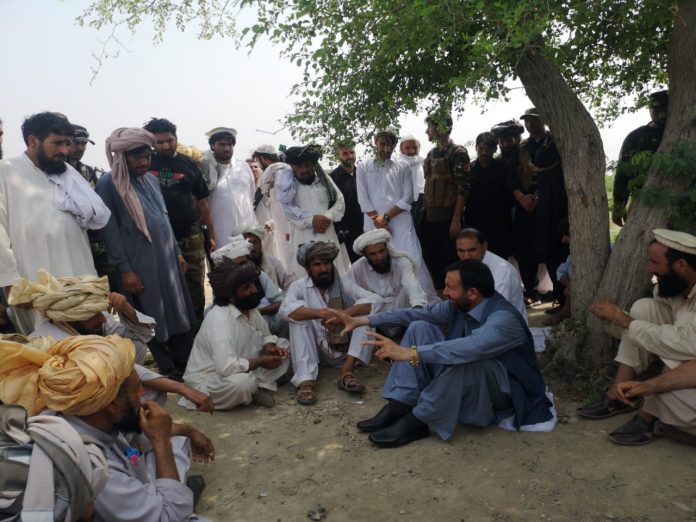 BANNU: The Walikhel tribe residing North Waziristan and Bannu districts on Thursday celebrated the lifting of ban on chilgoza (pine nuts) from forests of Shawal.

In this regard a gathering was held in Bakakhel Mandi which was headed by former Member National Assembly Muhammad Nazir and Member Khyber Pakhtunkhwa Assembly Shah Muhammad Khan of the ruling Pakistan Tehreek-e-Insaf (PTI). Participants of the gathering celebrated the lifting of ban with drumbeats and expressed happiness over the development.

The owners of chilgoza trees suffered massive damages when people of North Waziristan tribal district were displaced due to military operation Zarb-e-Azb. Due to law and order issues, no one was allowed to go to pine forest and collect pine nuts from trees in Shawal. The affected people held several Jirgas and meetings and also held protests over the ban and ultimately the ban was lifted and after successful negotiations with authorities, the owners of chilgoza trees were allowed to go to forest and collect pine nuts.

The owners of trees said the business of pine nuts was severely affected in the whole country due to ban on collecting the dry fruit from Shawal forest. They said the traders of other countries also did not do much to improve the supply of pine nuts to Pakistan and resultantly its prices sky-rocketed. The owners said the resumption of pine nuts trade will put a good impact on prices and revival of the trade activities.

A day earlier, a committee was set up in Chitral for proper look after of chilgoza trees and pluck pine nuts from the tree at right time.

An official said while addressing the committee meeting that proper care of pine trees will improve the local economy and create job opportunities. He said equipment for properly plucking pine nut will be distributed free of cost among the local people.