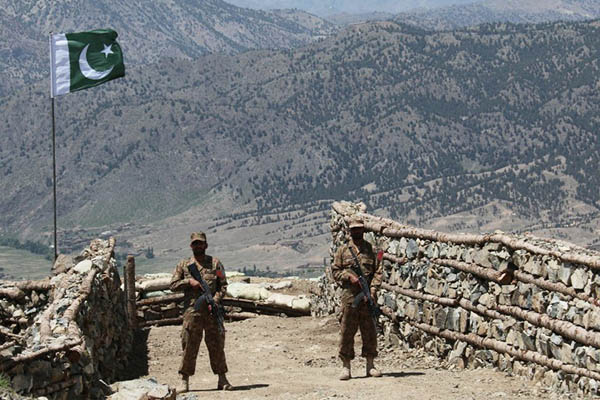 The military’s media wing said that the wanted terrorist, Arifullah alias Dadullah, was killed during an exchange of fire as the security forces conducted an intelligence-based operation (IBO) in the area.

The operation in Mir Ali was conducted two days after a terrorist was killed as the military conducted an IBO in the same area. The security forces conducted the operation after receiving confirmed reports of terrorists’ presence in Mir Ali. The ISPR said weapons and ammunition were recovered from the targeted place.

On October 03, a soldier of Pakistan Army embraced martyrdom when terrorists targeted a security forces’ post in Ghariom area of North Waziristan.

According to ISPR, during the exchange of fire, Sepoy Muhammad Amir Iqbal, 30, embraced Shahadat. It said the troops responded promptly. The military’s media wing maintained that an operation to clear the area of any terrorists was launched after the attack. However, there was no word about any arrest.

The attack in Ghariom came two days after five security personnel were martyred in a terrorist attack on their vehicle in Spinwam area of North Waziristan.

On September 29, a captain of the Pakistan Army was martyred, while two security personnel were injured in a clash with terrorists in Dabara area of Tank district.

Captain Sikandar was martyred in the clash, while the injured soldiers were identified as Lance Naik Anwar and Salman. The sources said a commander of the TTP Khawaza alias Sherullah was also killed in the clash.

On September 28, 10 terrorists, including four commanders, were killed by the security forces during an IBO in South Waziristan.