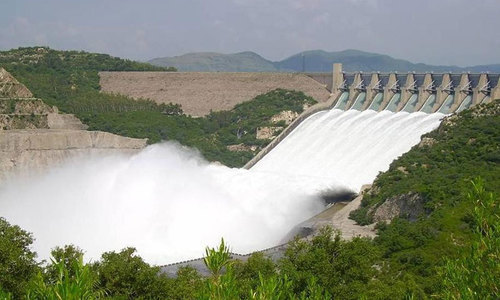 According to the spokesperson for the Water and Power Development Company (WAPDA), the contract in this regard was signed on Tuesday at WAPDA head office in Islamabad. The spokesperson said that Ministry of Water and power has saved Rs 18 billion from the allocated amount for the construction of Mohmand Dam.

It will be a joint venture of both the companies who has won the bidding process held in January, this year. According to media reports, the China Gezhouba has a 70 per cent share, while Descon has 30pc share in the project construction.

The Mohmand Dam will have the capacity to generate 800MW of electricity is being constructed in tribal district Mohmand with the aim to bring the country from the electricity shortfall and also preserve water resources.

Mohammad Dam will also expect to be much helpful in flood control dam and after its construction, the dam will be able to store 300,000 cusecs of water and will save Charsadda, Peshawar and Nowshera from floods.  In 2010, these districts were worst affected due to floods. The groundbreaking of the project was due on January 2 but on account of pressing engagement of prime minister it has been now postponed till further orders by PM Secretariat.

The 54-year-old Mohmand dam project was being materialised with the collective efforts of the Pakistan Tehreek-i-Insaf (PTI) government led by Prime Minister Imran Khan and Chief Justice Mian Saqib Nisar. The chief justice has taken a personal interest in the project and helped remove obstacles in the way of its execution. No mega project has been undertaken in the water sector in the country after the construction of Tarbela dam in 1967, resulting in the energy and water crisis in Pakistan. The tribal people of Mohmand has also welcomed the construction of the dam.