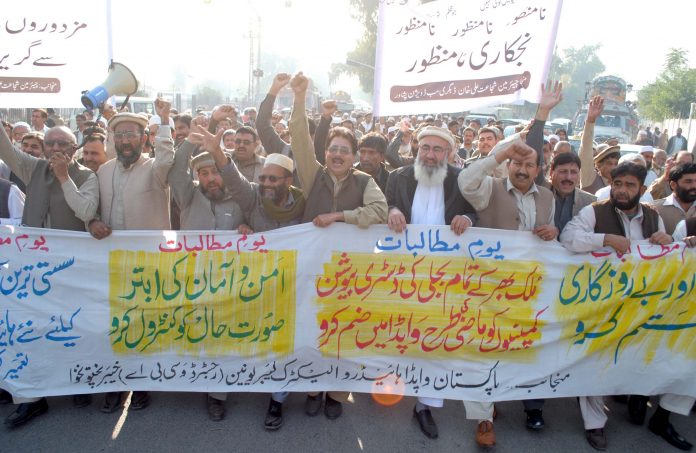 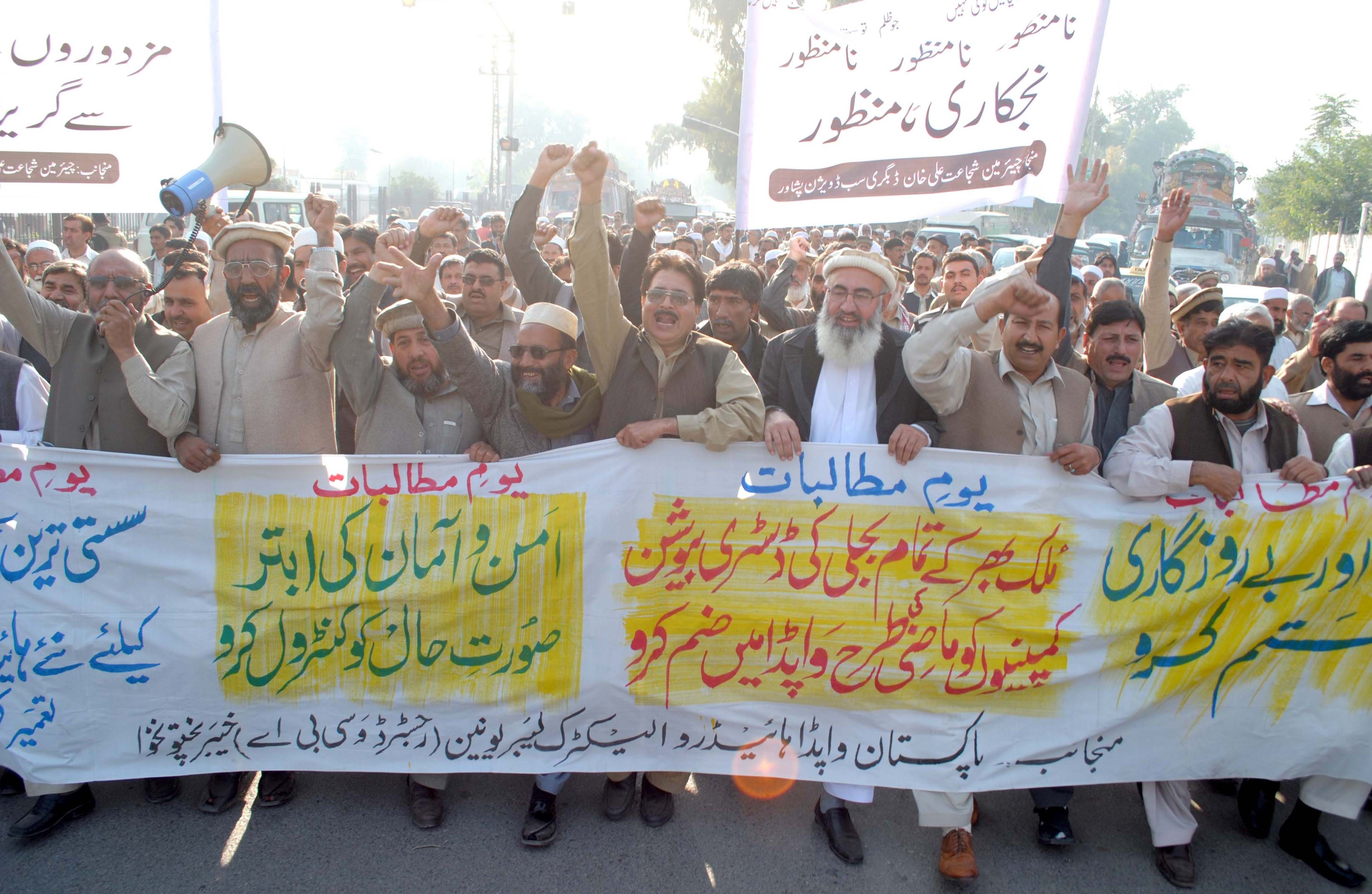 PESHAWAR, November 19: The employees of Water and Power Development Authority (WAPDA) have protested against the privatisation of power supply companies across the country.

The employees staged protest against privatisation of state-run organisations and chanted slogans in front of the Peshawar Press Club. They complained that power supply companies were confronted with a host of problems due to corruption and interference of political bodies, right after the separation from WAPDA. Employees demanded that instead of privatization of power supply companies, the government should again affiliate them with WAPDA and should take measures to solve power crises.

“If it gets privatised, a contractor will be its head and he will be fully autonomous to sell electricity on his own allocated charges. He will not be accountable to anybody in his dealings with the staff and other workers, whether he expels them from the job or not. We don’t accept privatisation of the power companies at any cost and if our demand regarding WAPDA isn’t fulfilled by the government, we will protest on the roads and will observe shutter-down strike as well,” stated a speaker at the rally.