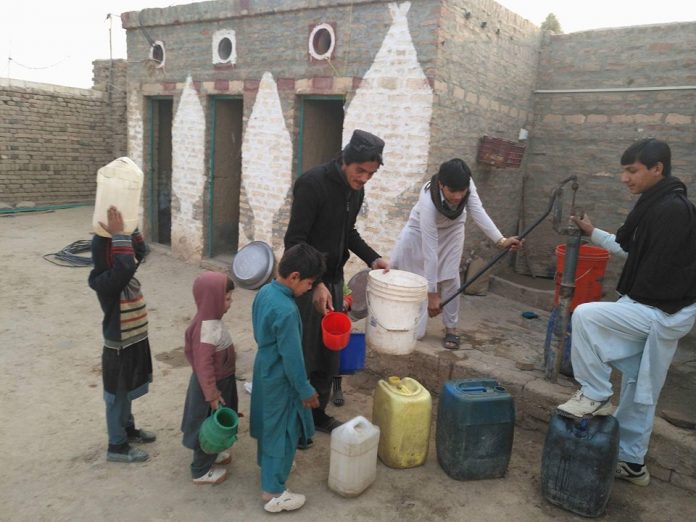 PESHAWAR: Researchers and climate experts have warned that Pakistan is on the verge of becoming the most water-stressed country in the region in near future due to excessive water wastage, lack of water reservoirs, growing populations and decrease in rainfalls caused by climate change.

It would threaten food security in the country as 97% of water is consumed in agriculture. The country has not paid heed to increase its water storage capacity which is evident from the fact that no mega dam has been constructed since 1962.

“We do not have the capacity to store the amount of water, we use on a daily bases,” said Dr Akmal, the chairman of agronomy department at University of Agriculture Peshawar, while talking to TNN. He said the country is already water-stressed while with the increase in population, Pakistan is at risk of water scarcity in future.

According to IMF Pakistan is ranked among the top 3 countries facing acute water shortage in the world.

Experts say that 65% water in monsoon drains directly into the sea. The bleak picture of water scarcity in the country has worried has worried policy makers, politicians, academia and climate experts. Last year in 2018. the ex-Chief Justice of Pakistan took the initiative of raising funds for the construction of Bhasha Dam and Mohmand dam which need roughly $ 9 billion dollar. The Prime Minister Imran Khan also joined the cmpaign and appealed to the nation to contribute financial support to the dam fund which has attracted only Rs 10 billion, a little over one percent of the required amount, in a period of nearly one year.

On February 12, ‘Hamdard Shura’, a national Think Tank,  gathered experts on climate change and agriculture at Peshawar Services Club to discuss the issues arising from water shortage and its impacts on the agriculture sector in the nearby future.

In his presentation, Dr Akmal said that in 1947, Pakistan’s per capita water availability was 6000 cubic meter which has now reduced to only 800 cubic meter. He warned that with an increase in population at the current pace, Pakistan is likely to face very acute water shortage or a drought-like situation in near future.

Talking about the water scarcity, Dr Saleh Uddin, the Urdu language writer said that situation is alarming in the country as there are areas in drought hit southern districts of Khyber Pakhtunkhwa where human and animals consume water from same pond directly. “We should worry about it. It shows the severity of the issue,” He expressed.

The shortage of water could have worst effects on agriculture sector if the government did not construct mega water reservoirs immediately, he warned.

On this occasion, climate change expert Zahir Shah said that there is always flooding in  Baluchistan after the rains that incur a huge loss in term of property and human lives.

There would have been no such losses had we constructed water storage facilities that would help protect the population from flooding but also store water for future use.

Forests are very much important for rains but unfortunately, the forest areas in Pakistan are also dwindling due to continues deforestation, he said and added forests land was first taken over by agriculture and now agricultural land is being used for construction of housing societies and commercial plazas.

Dr Akmal said that forest area in Pakistan has decreased from 4 percent to 2.9 percent due to the unchecked deforestation and trees cutting which has contributed to less rainfalls in the country. The previous Khyber Pakhtunkhwa government led by Pakistan Tehrik-e-Insaf (PTI) planted 1 billion trees under billion trees tsunami project in its five years terms which was widely appreciated by international organizations such IUCN and WWF.

Now the incumbent government of PTI in center has decided to plant 10 billion trees across the country in its five year term from 2018-2023.

Some climate experts have criticized the previous KP government for planting 80% of eucalyptus, a high water consuming tree, under the billion trees tsunami. They says though the tree is cheap but it was causing the fall of underground water table.

Dr Akmal says that underground water table has gone down in Balochistan and Punjab by 13 feet and 3 feet in past one decade. The range of monsoon rains has changed and its period has squeezed amid of the climate change which is also one of the factors responsible for the scarcity of water.

Apart from the construction of dams, Dr Akmal and other experts stressed on growing more trees in the country which would help counter the negative impacts of climate change and raise underground water table

However, Zahir Shah said that alongside construction of mega projects, the nation should be educated on saving of precious resources of water for coming generations.