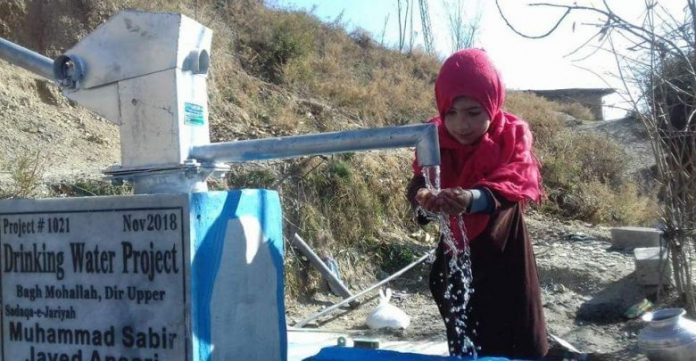 UPPER DIR: Natural water springs in Tehsil Warri are drying up due to climatic changes, increasing demands for water and ecological degradation of the mountain areas.

It has affected the lives of thousands of people who are directly depended on natural spring water for domestic use and livelihood needs.

“For the last three years, we’ve been forced to purchase water for domestic use,” Ihsan Ullah the resident of Wari Tehsil. Ihsan told TNN that when aquifers dried up, they started fetching water from nearby wells but now the whole area is water stressed as the underground water table has also depleted.”

He lamented that in Wari thousands of people are facing water shortage for drinking and other domestic use. But so far it has not received any direct attention from the government.

He added that water is as a basic need of life, thus the government should take immediate steps to solve the issue. “It is now difficult for me to purchase a 700 litter tanker for Rs1000 that hardly enough for a week use.”

In Warri sub-division, there are above 0.3 million people living, most of the population is settled along the Panjkora River. But the river’s water has also polluted to due to direct discharge of domestic and factories waste.

Now every village is trying to avail a government water scheme for their daily use.

The environment experts attribute the vanishing springs to increasing demands for water, ecological degradation of the mountain areas and unsustainable land use. The experts fear that the drying up springs will also affect the flow of rivers down the country. “It all due to massive deforestation, erratic pattern of rain and snowfall,” said Sanaullah, an environmentalist who is the researching the changing climatic trends of the area.

He added that now there are no long spells of the rains in winter while in summer the rainfall has also reduced which has affected natural springs.

“In the past, the snow season would start in November and would end in February,” said Sanaullah, “But now it has been observed that snowfall begin in February and continue till the month of April.”

He said that snow now melts within no time which affect the underground water table. As the snow must remains intact on the hills so that the ground continues absorbing water.

He revealed that one of the main reasons behind the erratic climatic changes is the massive deforestation which has increased with increase in population and the non-availability of natural gas. Due to which people used to cut forests for domestic fuel.

According to national water policy, access to clean drinking water is a basic need of every citizen of the country. But the water issue is not only limited to upper Dir but the whole country is now water-stressed.

Professor Dr Jamal Khattak, a climate change researcher associated with agriculture university, Peshawar believes that in the past, people would fetch the daily use water in water pots, but now every home has stretched pipes to springs and wasting the water. He added now solar tube wells have also been installed in those areas which extract a huge amount of groundwater.

Another settler of the area, Abu Saad told TNN that mega water spring near his home has dried up three days back. He told that they dug a well, but so far, they haven’t reached the underground water. In this regard, Sanaullah said that in Warri, where in the past, the underground water level was up to 40 feet, but not it can’t be found even after 100 feet of digging. 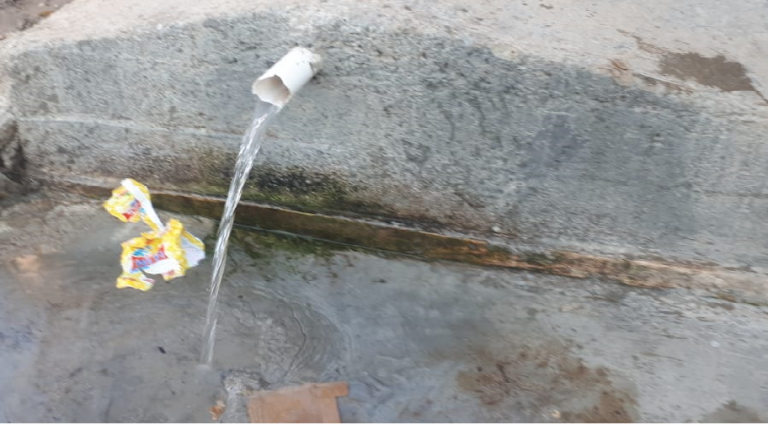 According to the research conducted by the Pakistan Council of research and water resources, the lack of water in the country has reached to dangerous level now. They have warned that in 2025, the whole country will be waterless.

The government has announced the construction of some mega dams while for the wise use of water resources, the government has implemented the drinking water policy.  Under this policy, government permission is must before digging a tube well. The District Nazim is also bound to start water schemes after the permission of public health engineering department.

Tehsil Naib Nazim Wari, Mushtaq Ahmad told the TNN that to solve the water issue, the government has constructed a 286 feet deep tube well in Wari Bazaar. He added that water supply has already been started to the public. He said that for hilly areas, 10 tubes wells have been approved but work will start on it after they receive the annual development fund. He added that the public health department has also stretched a number of pipes from River Panjkora from which the people are fulfilling their daily needs.

However, Ihsan Ullah lamented that earlier, the water of River Pajkora could be used for domestic use but now due pollution, they are no more able to be use it as sewerage water from homes are being directly dispose of in the river. He asked the government to divert the flow of sanitation water from the river. It will also reduce the burden on natural springs