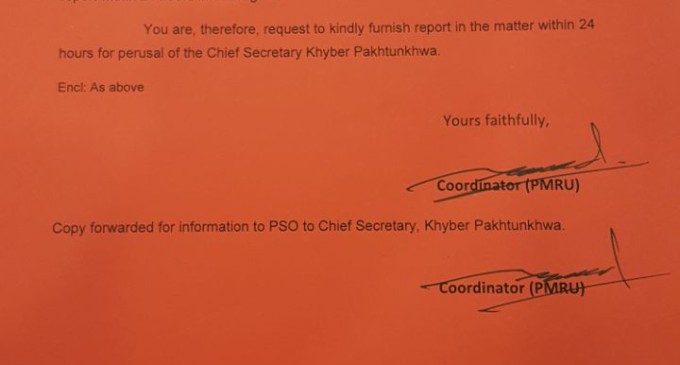 PESHAWAR, 12 October: Pakistan Tehreek-e-Insaf (PTI) so-called change yet to reach Frontier Region Tank where people have been facing sever scarcity of water since decades. The water shortage forced them to fetch water from far flung areas as well as drink water from contaminated ponds along with animals.

Fed up with government negligence towards their plights, hundreds of residents from different parts of backward Tank district on Thursday staged a sit-in against sever water scarcity in the district here Thursday and threatened to continue till the issue was resolved.

The protesters severely criticized the incumbent and previous government for failing to resolve the issue once and for all. The sit-in led by Seraiki Ittehad gathered outside Peshawar Press Club and chanted slogans against the provincial government.

They protesters complained that they have been facing severe water scarcity since decades forcing them and animals to drink contaminated water from ponds.

The protesters said that the district government has approved 19 tube-wells for different areas but officials at Communication and Works Department was not allowing contractor to start work on it unless the latter grease their palms.

District naib nazim Aftab Baloch, while talking to Tribal News Network, accused an assistant commissioner was not allowing contractors to start work on tube-wells. He alleged that the AC was demanding commission in the contracts and demanded of the government to transfer him immediately. He threatened to continue their sit-in till the issue was solved.

Sajid Khan, a protester, said that humans and animals drink water from same ponds that contain harmful bacteria and other germs.

He said that none of the previous as well as the present government paid heed to the issue despite the fact that it remain their election slogans to solve it on permanent basis.