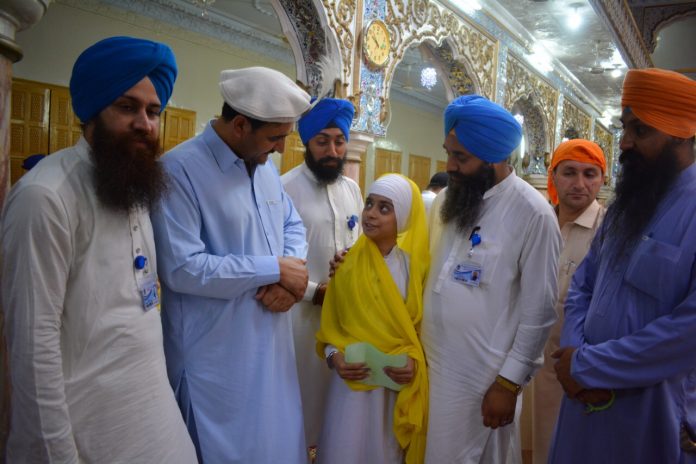 PESHAWAR: Member Provincial Assembly on minority’s quota Wazir Zada assured the Sikh community members that the present government is serious in resolving the issues faced by the minorities in the province.

Zada added that a handcrafts centre for women, the construction of a special school for Sikh Community Children, the formation of the technical institution for the minorities in the Peshawar are some the projects for which funds had been allocated during the next financial years.

Wazir Zada expressed these views during his visit to exam hall of Sikh community school here at Mohallah Jogan Shah on Saturday. Amarjeet Singh, Chairman of Sikh religious school briefed the MPA about that the Sikh school system and education. Sikh community elder Baba Ji Guru Gurpal Singh and other Sikh Community elders were also present on this occasion.

Amerjeet said that the Sikh community is running the only Sikh school of the province in Peshawar where annual exam of 250 students, in which 150 are girls, has already started. The arrangements for the exam have been made at Peshawar’s historical Mohallah Jogan Shah.

The exam is held in two parts, written and viva voice. The result of the exams will be announced on July 7. The students who secured the top three positions will be awarded prizes for encouragement. The exam is being conducted by a special committee which is comprised of 36 Sikh community elders.

Wazir Zada while talking to media after his visit to the exam hall revealed that a resolution has been tabled in the provincial assembly to increase the minority’s quota in government jobs from 3 to 5 per cent. He expressed the hope that the resolution will be passed successfully. The MPA said that about 1000 minority members from across the province have got jobs on merit in different government during the last few months.