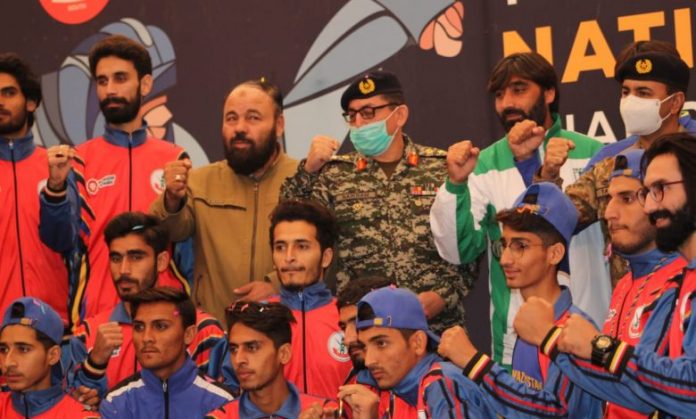 The inauguration ceremony was arranged at Spinkai Raghzai Cadet College in South Waziristan three days ago which was attended by a large number of tribal elders, civil and military officers, students and taekwondo players.

The taekwondo championship was organised by Azmari Taekwondo Club of South Waziristan and sponsored by IG FC South in which about 200 players from Islamabad, Azad Kashmir, Gilgit-Biltistan, Punjab, Khyber Pakhtunkhwa, Balochistan and Sindh participated. The hosts proved to be too good for other teams and won the event.

The local elders and players praised the Commander Frontier Corps (FC) Sector Headquarters South for arranging the event and said they felt happy to see first of its kind major tournament in South Waziristan after a long time. They said healthy sports activities are vital for society to keep the youth busy in healthy activities and keep them away from negative activities. They said the mega event not only provided an opportunity to players from different parts of the country to display and polish their skills, it also gave a message to the world that peace has returned completely to the region.

The youth who participated in the event said they were excited for the championship and determined to perform well. They said it was a good platform for them to polish their skills and compete on even higher levels. They thanked the organisers for giving them a chance to prove their talent in the game.

The players said they seldom get such great opportunity to compete on higher level with quality facilities. They said there is complete peace in South Waziristan and they are planning to come back to the area for tourism purpose.

At the end of the ceremony, the sector commander south distributed medals and other prizes among the players who showed good performance during the event.

The sector commander had earlier appreciated the role of Mehsud, Wazir and Betani tribes for development and prosperity of the area. He said that there was no dearth of taekwondo talent in South Waziristan and first IGFC South Taekwondo Championship was organised as part of efforts to optimise this talent.