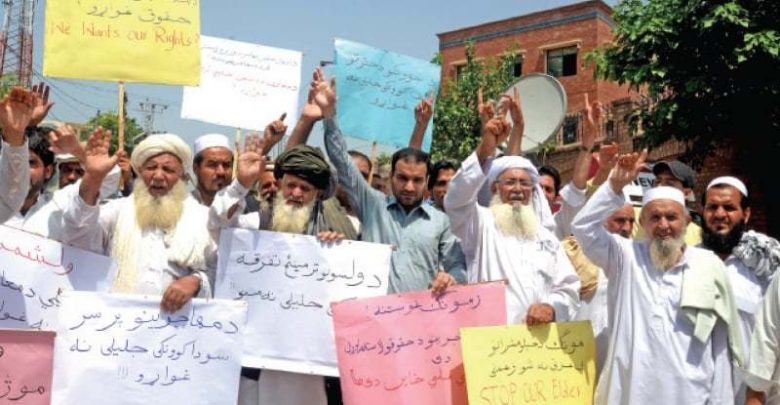 The protesters who gathered outside Bannu Press Club complained that FDMA had not paid Rs84000 per family since last seven months.

They lamented that Customs officials have also confiscated their non-custom paid vehicles.

The protesters were holding banners and placards and chanted slogans against the FDMA and the federal government for showing Waziristan population less than its original number.

They demanded of the government to repatriate IDPs who have taken shelter in Afghanistan due to military operation as soon as possible and increase compensation amount for damaged house from Rs0.4 million to Rs1.5 million.

The protesters asked the government to hold census from afresh and return them their confiscated vehicles immediately.

The threatened to stage a protest camp in Peshawar on September 4 if their demands were not fulfilled.

When contacted FDMA officials said the repatriated families from Afghanistan were in Bakakhel camp who would soon be rehabilitated in their native towns.