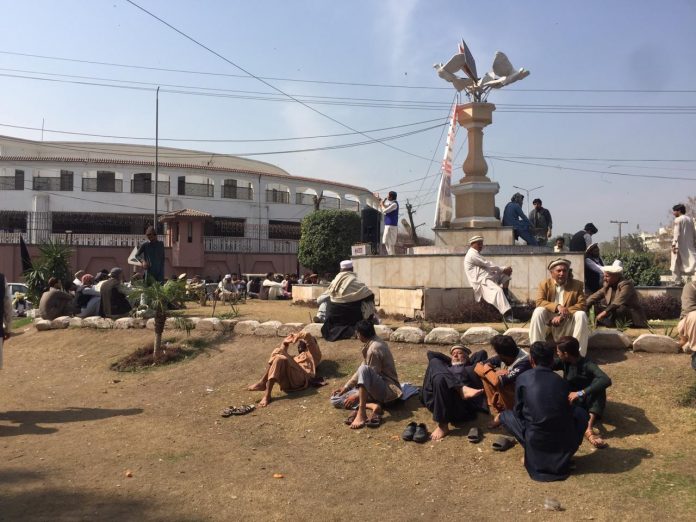 PESHAWAR: The people of North Waziristan affected from militancy and military operations, who are staging a sit-in outside the Khyber Pakhtunkhwa Assembly for the last one month, have announced to continue their protest despite approval of a compensation grant by the provincial government.

People from North Waziristan gather at a small park outside the KP Assembly every day and chant slogans and hoist black flags. These people disperse in the evening and gather at the same place the next morning again.

Payment of compensation to the affectees of Operation Zarb-e-Azb is continuing in different phases, however, owners of damaged properties are of the view that many deserving people have been left out and survey of damages was not conducted in a transparent manner.

Sakhi Rehman, head of the sit-in protesters, said a committee formed for damage assessment revealed in its report that 1,952 marla land in Miranshah Bazaar owned by traders came under the expansion and renovation plan. The committee report said that according to an agreement between the affectees and government, the owners of land will get Rs4.5 million per marla, while owners of damaged properties will get Rs3,500 per square foot. Under this formula, the affectees were to get Rs13.5 billion for their damages.
Sakhi Rehman told TNN that the government has now backed off from that agreement and now offering Rs1.5 per marla to land owners and Rs1,200 per square foot to owners of damaged properties, which in total becomes Rs4.5 billion. 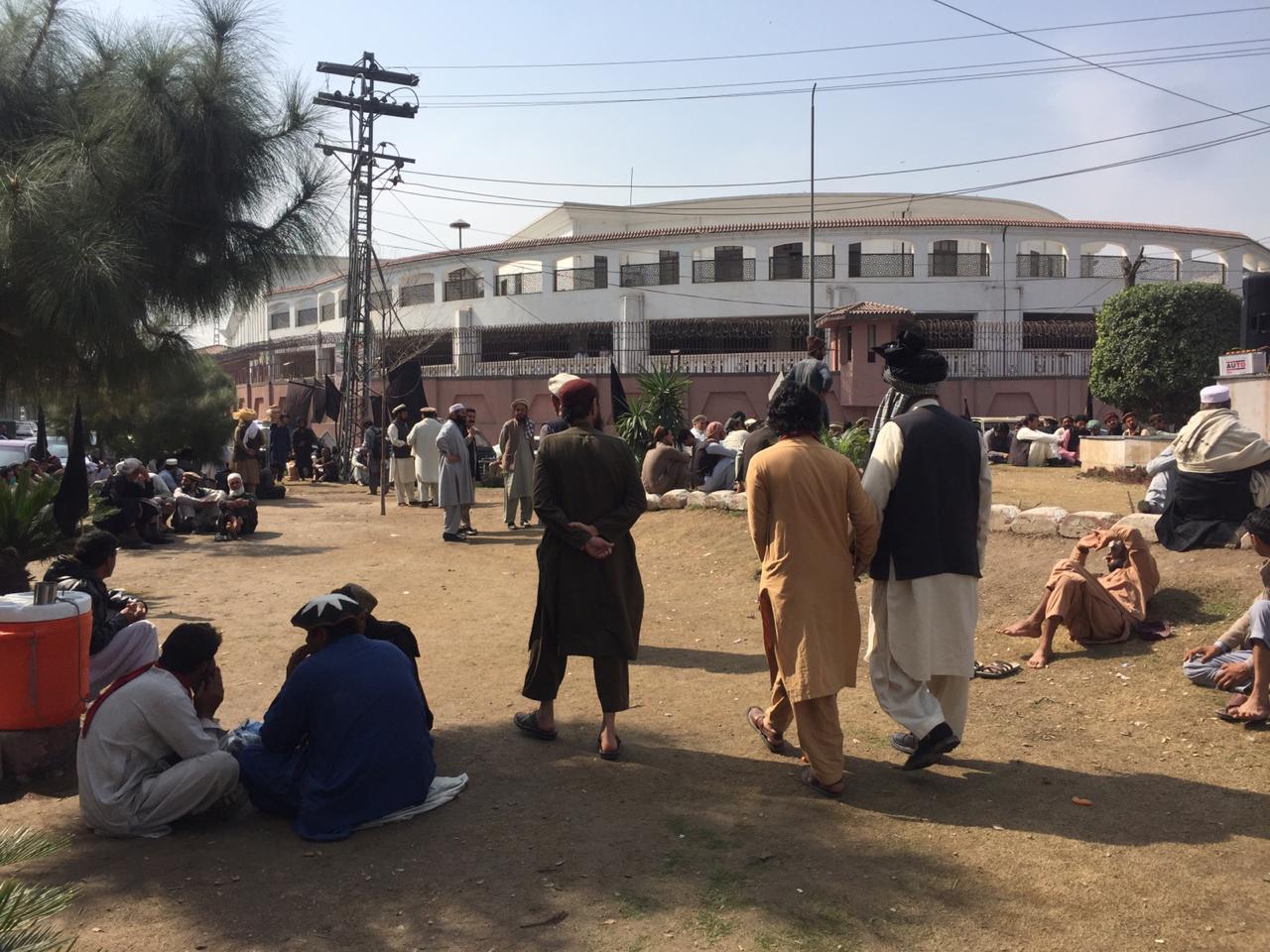 Sakhi Rehman said the owners of damaged properties of Miranshah Bazaar first held a 45-day sit-in in North Waziristan, but the government did not move, after which they decided to stage sit-in outside the provincial assembly to record protest against the government for backing off from the agreement.

The protesters said several opposition leaders came to them during the last one month and assured to raise voice for them in the Assembly and they also did so, but no government official visited them during that period.

The KP cabinet during its Wednesday’s meeting approved Rs13.52 billion for the owners of damaged properties in Miranshah Bazaar, but the affected traders are still not fully satisfied and said they will continue protest till the amount is transferred to them.

Sakhi Rehman said the affected traders staged a sit-in in Islamabad two years ago on the issue and ended it after assurance by the civil and military officials that they will be paid Rs17 billion compensation. However, he said, when the traders ended protest, the government revised the compensation amount to Rs8 billion and that too were not paid, after which the traders started sit-in in Miranshah. He said the affected traders will not move from Peshawar till they get their right.