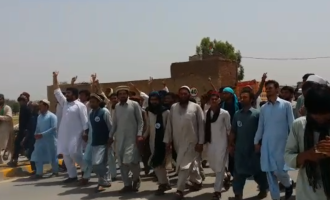 The protest staged a Mir Ali city where the affected people gathered and chanted slogans against the authorities concerned for not fulfilling their promises to compensate them.

Talking to Tribal News Network, a protester Ashfaqullah Khan that authorities were resorting to delaying tactics in payment of compensation, forcing thousands to take shelters in tents. The government is supposed to pay Rs160,000 for partially damaged house while Rs400,000 for fully damaged house but there are hundreds of affected people are yet to be compensated.