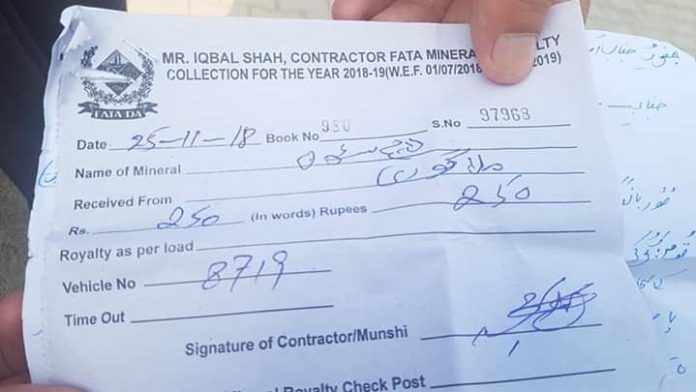 BARA: The transporters of Khyber tribal district have said the officials of Minerals Department are changing exorbitant fee for transportation of crush and marble.

A local transporter Lal Muhammad alleged that the government has fixed Rs250 fee from a loaded truck, but the Mineral Department officials are taking Rs600 from every truck which is unjust. He said the government rate is only implemented in Mallagori area, while in the rest of Khyber tribal district, the officials charge fees according to their own liking. He said he has brought the matter into the notice of the local administration, but no action has been taken.

Lal Muhammad appealed to Khyber Pakhtunkhwa Minister for Mines and Minerals Amjid Ali to take notice of the matter. He said if the problem remained unresolved, then the local tribal elders will devise a strategy to resolve the matter on their own.