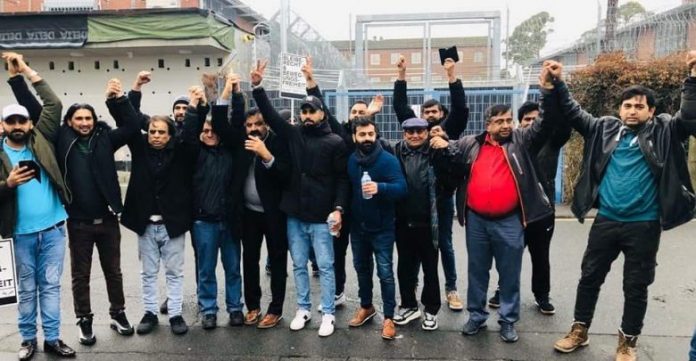 PESHAWAR: Human rights organisations and ‘Hum Hain Pakistan’ staged protest outside the Deportation Centre in Germany as implementation on new policies regarding immigrants in different states of the European country has kicked off.

The protesters gathered in Darmstadt city, which is situated near Frankfurt, and demanded that immigrants must be kept separate from other prisoners and discriminatory attitude against them must be stopped.

Mehmood Saeed, head of the Pakistani immigrants’ organisation, said immigrants have come to Germany in search of livelihood. He said severe financial problems compelled the immigrants to take a difficult decision to come to Germany and search work to support their families. He demanded the Pakistan and German governments to give employment to asylum seekers instead of deporting them.

Mehmood Saeed said the deported asylum seekers are maltreated at Pakistan airports after deportation. He said German policemen deport asylum seekers in a respectable manner, but the government institutions of their own country subject them to inhuman treatment when they arrive back in Pakistan. 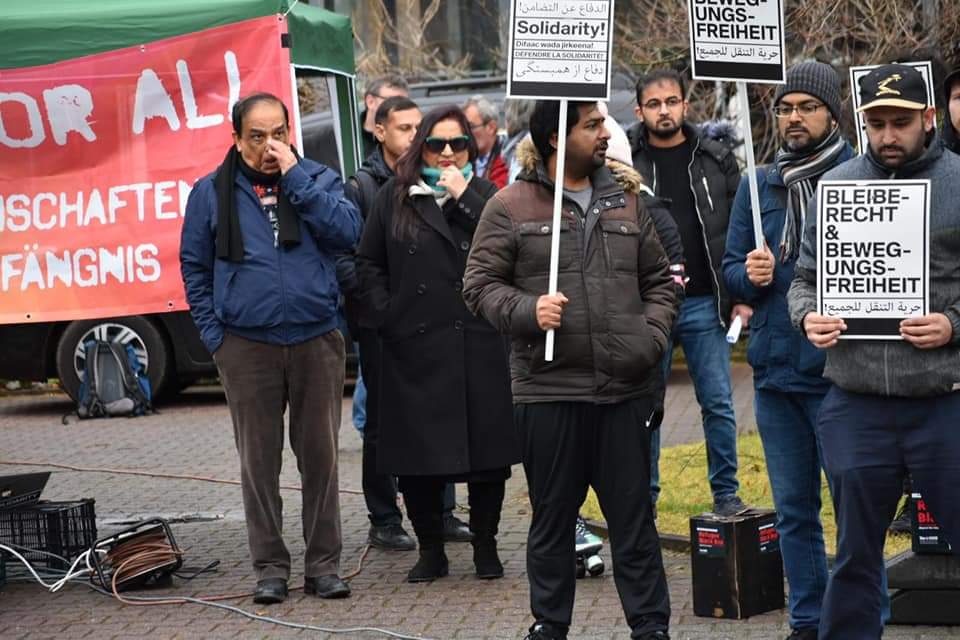 The Pakistani asylum seekers representative appealed to the German government to keep the asylum seekers in refugee camps instead of keeping them with criminals in jails. Participants of the protest chanted slogans in favour of their demands and also expressed deep disappointment over the treatment mated out to them.

The protesters said the immigrants, whose asylum applications have been rejected, have been kept in jails with criminals as they don’t possess valid travel documents. They also condemned deportation of asylum seekers, saying that they must be treated with respect. They said they can play important role in development of Germany if they are given chance of work.

Germany has started implementation of strict immigration rules and applying the policy on all immigrants disregarding their nationality. The immigrants with diplomas, skills and abilities are getting a bit of concession, but those who have provided wrong information in their documents are being dealt with strictly.

Sources said over a hundred Pakistani immigrants were deported from Germany via Frankfurt Airport two days ago. The sources added that many other immigrants have also been arrested and kept in refugee camps who will be deported soon.