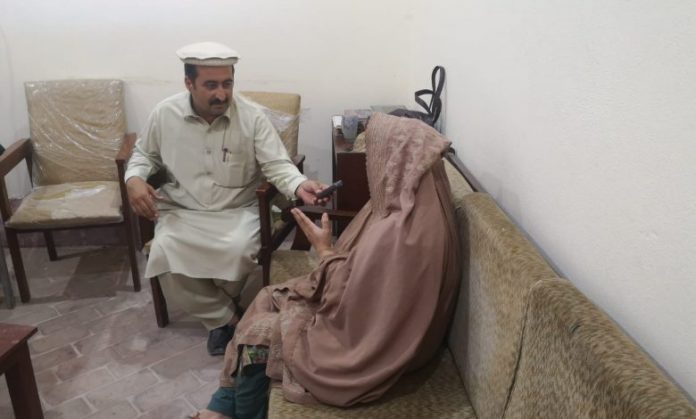 BANNU: Incidents of domestic violence increased after the coronavirus lockdown. Many people lost their income and were confined to their homes due to lockdown.

This tense situation gives rise to the incidents of domestic violence, and divorce ratio was also increased which put negative impact on children.

Nasreen, a resident of Gulbahar area of Peshawar, was also fed up of domestic violence and she finally decided to leave her husband and live with her parents.
“My husband is a shopkeeper. His income was affected during the lockdown and he started fighting with me. Problems increased to an extent that he was thinking about divorce. I left his house eventually and came to my parents’ house,” she said while talking to TNN

Zubaida Bibi, a resident of Mandan area of Bannu, said domestic violence increased in a house in her neighbourhood to an extent that resulted into divorce. She said her neighbour was not willing to take divorce, but her husband went ahead with divorce and sent his wife to her parents’ house. She said the main reason behind the divorce was economic difficulties which happened due to coronavirus lockdown.

Imran Takkar, a child rights activist, said while talking to TNN that different reports have showed that women and children were the most affected from coronavirus lockdown. The closure of academic institutions and lack of entertainment brought stress for children.

Anees Takkar said girls were particularly affected due to fights between their parents. As poverty ratio increased, he said, parents considered it advisable to marry off their girls at a very young age. Parents also admonish their children to vent their anger which also affected children who then try to find an escape route. This fact can be verified by seeing a large number of street children in Peshawar.

According to an international report, 390 cases of domestic violence were filed in Khyber Pakhtunkhwa during the lockdown period. Most of the cases mentioned lockdown and poverty as the main reasons.