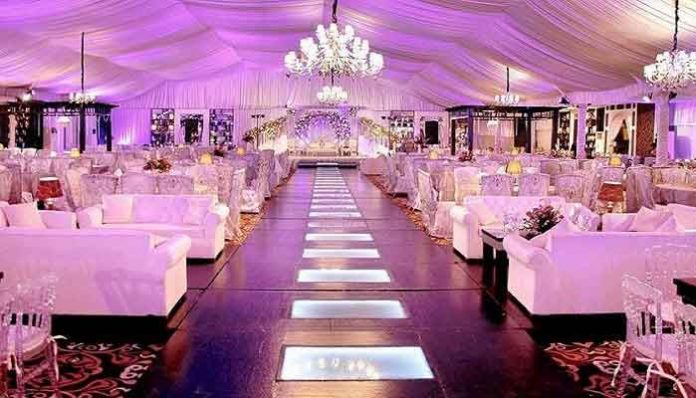 PESHAWAR: Like many other sectors, the Pakistani wedding industry and the related businesses have been severely impacted by the novel coronavirus pandemic. The countrywide lockdown imposed by the government to stop the potential spread of coronavirus, forced many families to either reschedule the wedding ceremonies or celebrate marriages with simplicity.

In Pakistan, a land of diversified culture and heritage, marriages are usually celebrated with great pomp and show. Holding of music programs in marriage functions is one of the key elements of the Pakistani culture. The musical gatherings not only provide entertainment opportunities to the folks, they are also a source of income for the people associated with the music profession.

But the six long months during which the government had imposed a ban on holding wedding receptions and music gatherings in halls, happened to be the toughest days for many musicians and singers.

Gul Rahman is a folk singer and he enthralls the public with his melodious voice in wedding functions for which he gets a minimal amount of money. His family finds it difficult to make both ends meet if he doesn’t sing or perform.

“Everything was closed in the lockdown,” he recalls. “Marriages were not happening as people feared they might contract the coronavirus. There was an official ban on holding gatherings. My lone source of income had dried up which put me in a state of depression and anxiety. I had to borrow money from people to feed my family,” Gul Rahman keeps on saying.

Many other related businesses also suffered due to the lockdown and the disruption in holding of marriage functions. A teenager Farhan who sells artificial floral wreaths, usually normally presented to grooms on the wedding day, says the lockdown had brought his business to a standstill and resultantly, his family went through a financial crisis.

“Our business suffered heavily as marriages were not happening. My shop remained closed for most of the time as the administration was imposing a forced lockdown. All we had earned were spent in paying rent of the shop and buying other household items. We owed many household items from the nearby groceries and general stores,” the florist says.

Farhan, who is also a 10-grade student, keeps hopes alive that things will get better soon as the wedding season has almost started and his business is booming gradually.

The catering industry also saw a steep decline during the lockdown and the people associated with the business found it difficult to pay rents of their shops and laborers’ salaries. Mian Fazal Khan, a local caterer says that his business was hit hard by the pandemic as people were not holding marriages during the lockdown.

“The entire catering industry was on a pause. We paid utility bills, workers’ salaries and shop’s rents from our pocket because we didn’t generate any money during the six months. I became indebted to almost Rs800,000,” Khan reveals.

He adds that though the government lifted the ban on holding wedding receptions, his business has not been totally recovered and still he awaits customers.

Liaqat Khan, who supplies cutlery for wedding receptions on rent, his business also suffered during the lockdown. “On one hand, there was no business, while on the other, the police and local administration used to forcefully shut our shops. We couldn’t manage our expenses and borrowed money from others,” he says.

People associated with the wedding industry believe that their businesses are among the sectors, which have been severely impacted by the coronavirus pandemic. They urge the government to announce a relief package for the sector and support them financially so that they may be able to revive their businesses.