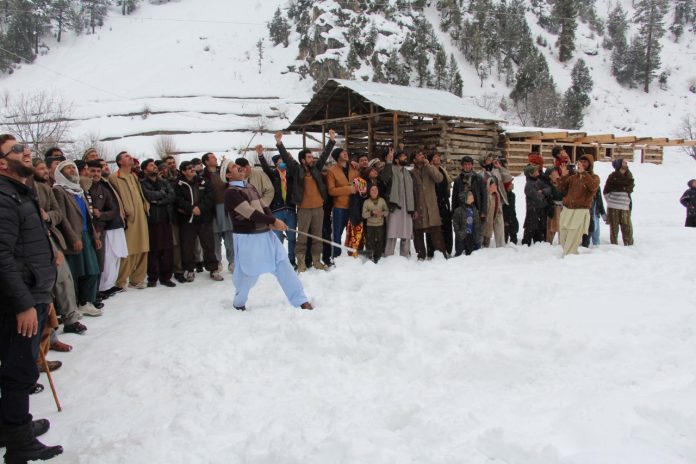 CHITRAL: The Kalash valley is blanketed in snow, the perfect time for the indigenous game, snow golf, however like the past this time too, the Khyber Pakhtunkhwa (K-P) government has failed to provide any support to arrange the tournament and play a role to keep this indigenous cultural tradition alive.

A tournament was arranged by the local people on self-help concluded in Shakha Nenda area in the Kalash valley where Gobor team from Garam Chishma has secured a win with 11 goals against five goals by Karakar team.  However, no trophy was awarded due to lack of financial resources.

The rules of this indigenous game are simple, clubs are wooden and the puck is placed on tee made of snow. It is forbidden to touch the ball, and if a player does, his team losses a goal to rival team.  In the past, almost the whole village would the part of a team but now the team reduced to 20 players.

The game requires some 04 to 07-kilometre long playground. The two teams start hitting two balls from one side of the ground. The team that succeeds in taking the ball to the other side of the playground first is declared the winner. To celebrate the win the team arranges a feast for the villagers and usually sacrifices an ox. 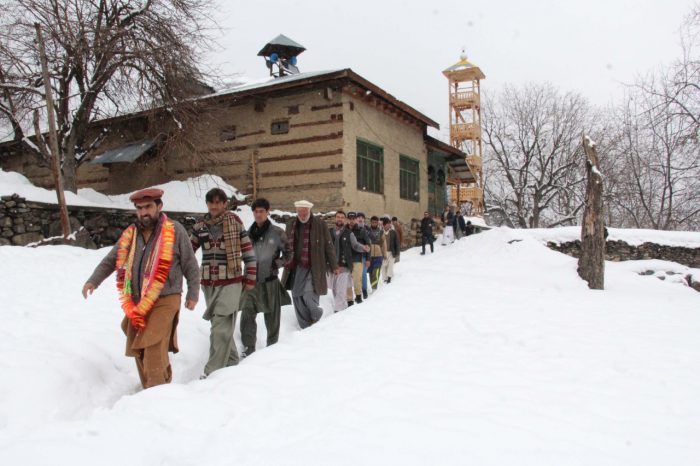 This is a traditional game which has been played in the valley for generations, now a day, the competition is held between the teams Kalash tribe and Muslim population of the area. Traditionally, the team that wins the tournament is entitled as a king or Mehtar for three days and perform some welfare work. But this time, due to lack of financial resources available with the local people, neither the winning team was crowned as king nor there any cultural performance held to celebrate the occasion. 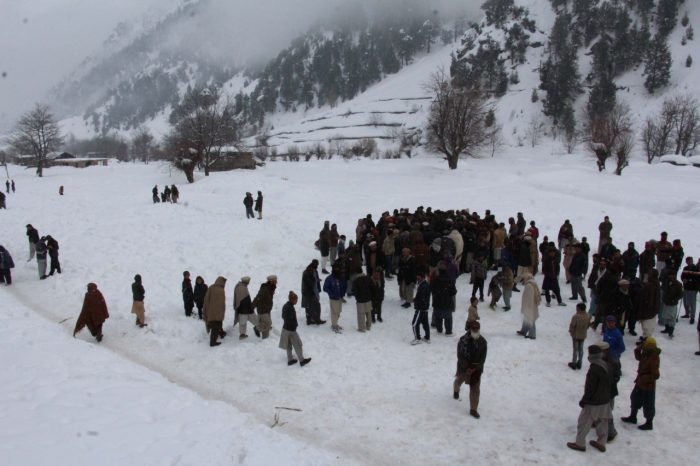 During the tournament, Scores of Kalash men, women and tourists come out on sunny days to enjoy snow game in the beautiful snow covered valley. People come out to enjoy the weather and warm up their spirits by indulging in sports involving the whole community of the village. Snow-golf contests are held among villages creating a festive mood in the chilly atmosphere. Snow golf is also a popular game in Afghanistan’s Nooristan province, which shares borders with Chitral.

During the final day of the event, the member provincial assembly Wazir Zada and district Nazim Maghfirat Shah also participated, however, no official from the provincial tourism department attended the ceremony despite tall claims of revival of tourism in the province.

A member of Gobor team, Muhammad Yousaf said that this game has been played in this region for since ancient times. Yousaf said that his team is staying in Kalash valley for the last one month for the tournament and was provided exemplary hospitality. However, complained no support from the KP government was extended. Muhammad Zahir another player said that if the  Tourism department gives attention to this game, like polo, can attract international attention and can bring tourists to the country. The locals lamented that due to governments’ apathy, such a vibrant tradition is on the verge of extension.