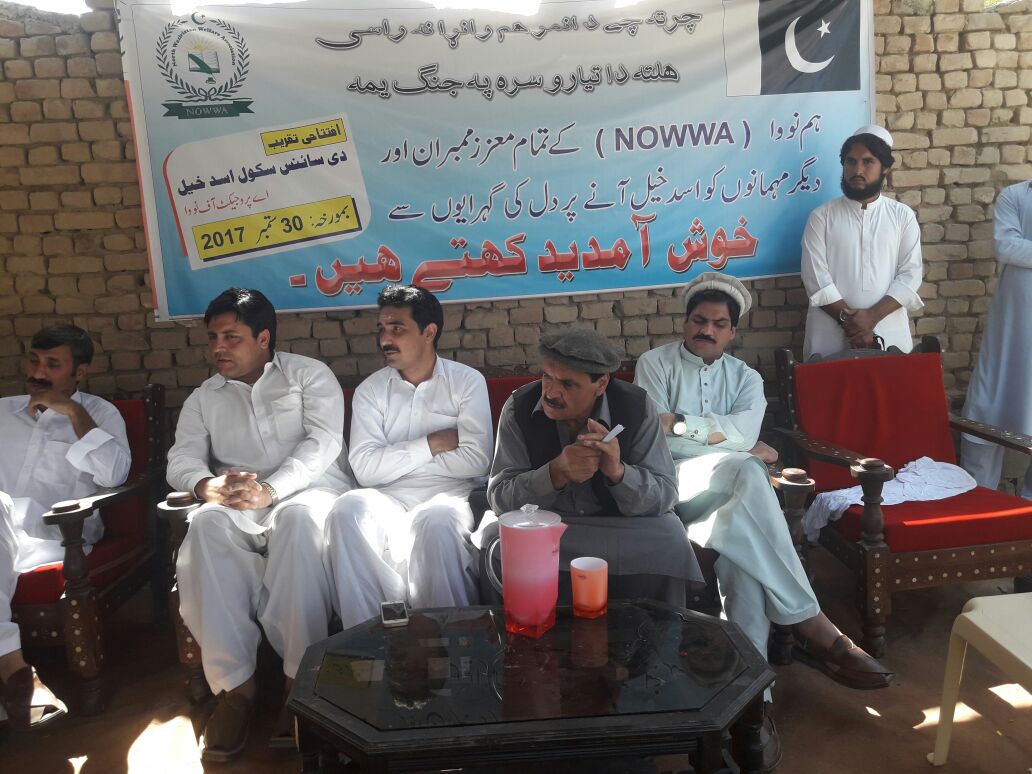 MIRANSHAH, 02 October: Dozens of children in Asad Khel area, a remote mountainous valley in North Waziristan, would now be able to get free and quality education as a non-governmental organization established a school with the help of local elders.

Asad Khel, where the school has been built, is one of the most backward areas in Dosali tehsil of North Waziristan agency. Hundreds of children are growing up without education as there is no public school in the area. A small number of children do go to a private school but due to poor socio-economic status of the local people, majority of the parents do not send their children to school.

The school has been established by North Waziristan Welfare Association with the sole objective to provide standard education to the local children.

Speaking at the inaugural ceremony, chairman, board of directors of the association Rasool Khan Wazir said that majority of the government schools in the agency are not operational and that was why they decided to focus on education sector.  He added that the association would continue to establish schools in different parts of the agency to provide quality education to the children and ensure a bright future for them.

Khan Muhammad Wazir, coordinator of the association said that the education sector was badly suffered due to militancy in the agency, adding they would do whatever they could to ensure provision of education to the children, who are otherwise wasting their precious time.

He said that the association had already established a school in Mada Khel area.

According to rough estimates, there are more than 900 schools in North Waziristan agency but their buildings are hardly used for spreading education. Rather, majority of these school buildings are being used as guesthouses and security check posts.