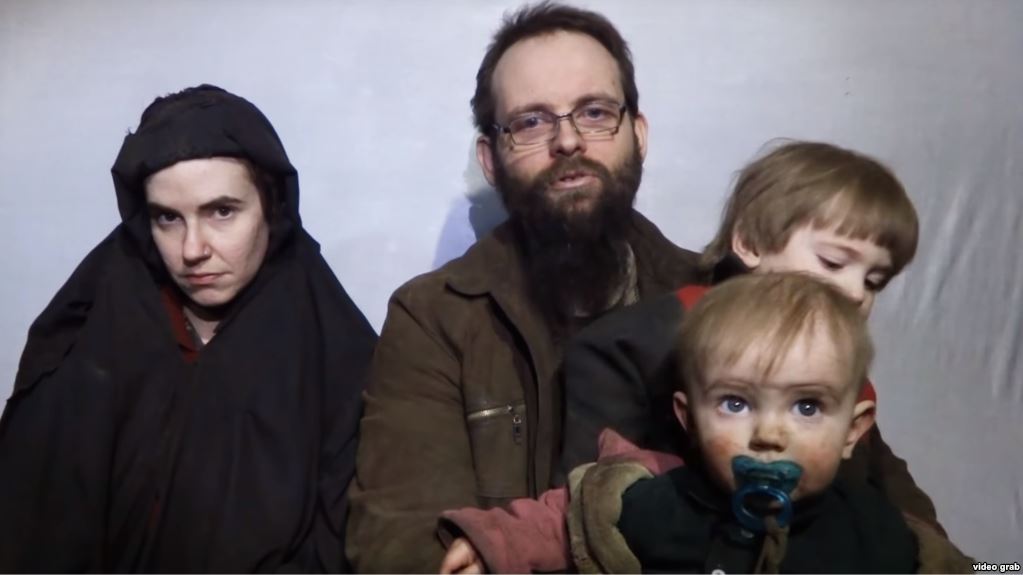 The western couple and their three children were rescued by the Pakistan Army from the custody of terrorists during an intelligence-based operation in Kurram Agency on Wednesday, after spending about five years in Taliban captivity in Afghanistan.

The ISPR said on Thursday that the militants associated with Haqqani network were transporting the captives to Pakistan from Afghanistan in a car when the operation was carried out on a tip from U intelligence.

According to media reports, a US plane was ready by at the military airbase in Islamabad, waiting to fly the family to a US military base in Germany, but Pakistani security sources said Boyle refused to board the flight and instead, boarded Pakistan’s flag-carrier and left for London.

Boyle and Caitlan Coleman were abducted while travelling in Afghanistan in 2012 and were made hostage by militants of Haqqani network. Coleman was pregnant when they were captured. She gave birth to three children, two boys and a girl, while in captivity.

Meanwhile, US President Donald Trump and Defense Secretary Jim Mattis have expressed contentment over the release of the hostages and praised Pakistan for its efforts and cooperation. They termed Pakistan’s cooperation a good omen for closer cooperation in future.