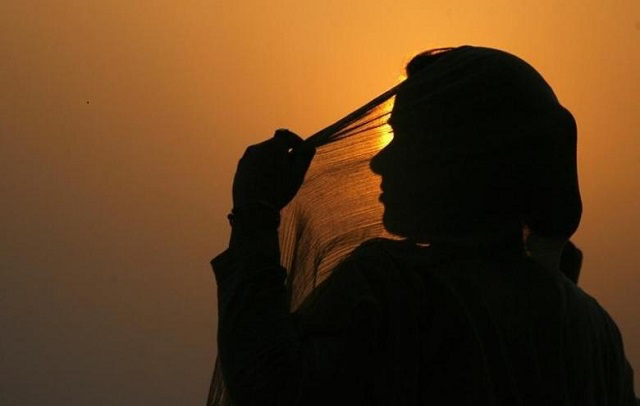 Zulekha took permission from her mother and went out of the house. She had to reach a friend house where her boss has called her to check some files. It was her first job that she was forced to do as she was the only support of her mother and only brother.

Zulekha belongs to a respected family of Kurrum District where during Shia Sunni riots her father, a brother and two uncles have lost their lives. Poverty had encamped in her home after losing her family members in a very short time. With each passing day, the financial situation kept getting worse but Zulekha didn’t give up, as she was a well-educated girl. She could look after herself and her loved ones by doing a job. So she started a job search.

And after much struggle, she got a job in an NGO. The same NGO’s owner he called her today. There were various whispers in her heart and mind, she was afraid. However, she kept reassuring herself that he had called her to the house of the friend who was also working with the same NGO. The head of the NGO was also very happy with his work as Zulekha was performing her duties with diligence but it was all her misconceptions.

Zulekha was very beautiful and this feature was going to throw her in a trench of humiliation where there is no way out. Why? Because the head of the organization was a devil and contrary to her expectations, from the very first day his devil eyes on her beauty. When Zulekha arrived at her friend’s house, she took her to a room where she finds the boss already waiting for her while her friend went out of the room on the pretext of arranging tea.

She may not have been ready for it, but before she could think of anything, the boss stood near her, bringing her closer to himself, he was making whispering. Her hands and feet were shaking. She could not say yes or no as she was worried about her mother and brother. The Devil had won in that room that day while humanity was defeated. But despite losing her honour, she only got her salary, all the promises and pledges was nothing but a lie. Has the hunter ever sympathized with his prey?

Talking to TNN, Ombudsman Rukhshanda Naz said that there were different laws for women protection working outside the home in Pakistan. There is a Factory Act for women working in the factory, as well as rules for the protection of women working in government and non-government organizations. She said that the law on the harassment of women in the workplace was enforced in Pakistan in 2010.  After the 18th Amendment, the provinces adopted the law in their respective – in Punjab in 2012, Balochistan in 2016 and 2010 in Khyber Pakhtunkhwa.

After the passage of a few months, something happened that she never thought about – she lost her job. But even after losing the job and her honour, her trial was not yet over; more rigorous hardships were still waiting for her. The job was gone but she was to look after her family, so Zulekha started doing handicraft in the house to earn a living.

Then she received a marriage proposal from a very respectable family. Her mother was very happy they finally she will be happily married. Before the wedding, her fiancé’s was very affectionate and cared for her very much. But still a fear surrounded her, she became restless, there was a secret in her chest that she wanted to tell, how she would tell him, she wanted to hide it but how? She finally left the matter to the well of God.

She said that the affected woman can send us letters, can be contacted on facebook and telephone or through a lawyer. Naz added that her office has been open for four months and so far she has received 31 cases and most of them have been resolved whereas there are 3 or 4 cases in which the statements of witnesses are recorded and they are about to come to an end.

As the days went by, she did not realize it and finally came the day which is the dream of every girl. But unfortunately, the first night of Zulekha wedding caught fire that completely burned her little world. Her husband now knew her secret and was no longer ready to accept her. On the very next day of the wedding, she was sent back to her mother home.

And ultimately that is what happens in such situations, she was married to a 70-year-old man.

She was silent after telling her horrible story to TNN but her humble eyes were raising hundreds of questions. She was screaming and asking if humiliation is destined only for the helpless, why is a woman is always guilty? Why a man is not slandered, he is still roaming freely. Neither his wife left him nor was he caught by society or the law. Rather, that bloody wolf would still be chasing and hunting for honour another innocent girl.

According to provincial Ombudsman Naz, there are different sentences if a man tries to harass a woman at work. The harasser can be fined or can also be removed from the job. If the victim has undergone therapy or goes to the hospital, the person has to pay the same fee.

Senior journalist Tayyab Afridi said that such incidents are rarely reported from the settled areas and as far as the tribal areas are concerned, he thinks this is the first case of this kind. He added that one reason is conservative thinking and the other is the lack of education and awareness among the women. He said that although legislation on sexual harassment is a good move the conditions can only be improved when the laws are strictly enforced.

“However, when it comes to respect for women, no matter in what society they are, it is a very sensitive issue and because of the fear of ‘honour’, most of the issue is kept secret. When a woman complains about abuse or harassment, she should be helped so that she may not feel insecure.”

Note: Character and place names have been changed in the text. Any similarity can only be coincidental.