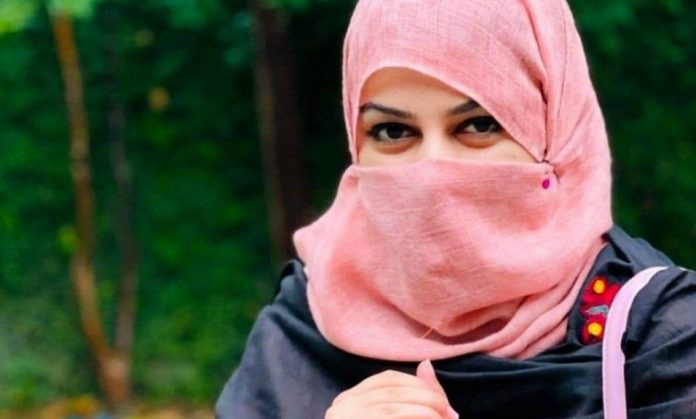 PESHAWAR: It is said that a person success starts when people start speaking against him/her. Nowadays people find popularity easily through social media, but find it hard to maintain it as a large number of admirers and critics emerge within no time.

Recently, Hareem Shah and Sandal Khattak managed to get publicity by trapping celebrities, journalists and also clerics. However, they got more criticism due to their choice of dressing and inappropriate acts.

However, Noor Ehsaas was a different case, who rose to eminence on the social media purely due to her talent of beautiful poetry. Critics had a reason to criticize Hareem Shah and Sandal Khattak, but when people started criticizing Noor Ehsaas it was beyond my comprehension. Noor Ehsaas was well-dressed, well-mannered and polite and she deserved acclaim for her poetry. I don’t know what is the problem with social media subscribers if Noor Ehsaas is using her talent to get fame while strictly adhering to religious and cultural norms.

The negative mindest of society came to the fore when someone shared her picture without a veil on social media, despite knowing that she doesn’t want to appear publicly without Pardah (veil).

In a patriarchal set up, like other fields, the participation of women in literary activities is considered inappropriate that is why the number of poetesses is negligible in Pakhtun society. Due to these restrictions, a talented poetess, Noor Ehsaas took help from social media to share her poetry with people having interest in art and literature. Hailing from Shagai area of Swat, Noor Ehsaas says her real name is Muniba and she is a medical student.

Noor Ehsaas started sharing her attractive poetry on social media two years ago and she became famous within no time. Her popularity can be gauged from the fact that she has over 1.5 million followers on Facebook and many others on TikTok and Youtube as well.

It is anybody’s guess that popularity in such a young age also attracts critics. Few days earlier, a picture of Noor Ehsaas went viral in which she was not wearing a veil. Her critics shared her picture everywhere and said that she was not as beautiful as one would guess from her voice. Some critics also used inappropriate language, although her admirers kept supporting her.

The critics also included so so-called valorous persons who don’t allow their women to step outside their homes. They simply ignored the fact that what they would do if similar criticism is drawn towards their own women. This attitude of vilifying women is simply intolerable. One should keep in mind that what we are doing today with others, we may face the same tomorrow.