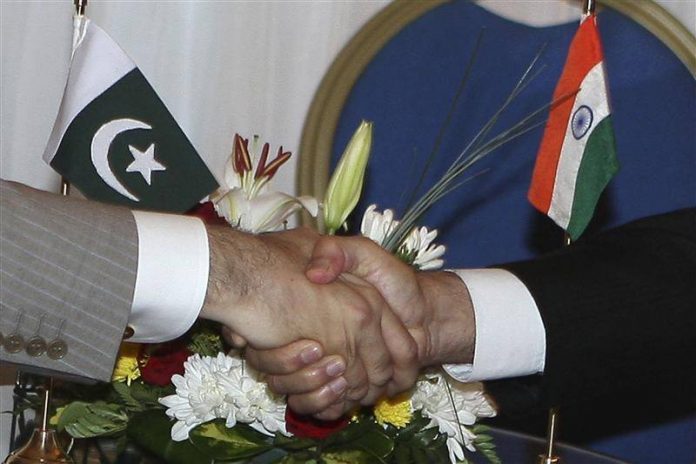 PESHAWAR: Federal Finance Minister Hamad Azhar has recently given a hint about possible resumption of trade ties with India during a press conference in Islamabad and explained that the Economic Coordination Council (ECC) had decided to import cotton and sugar from the neighboring country.

The summary of the said report had been signed by Prime Minister Imran Khan, but the decision of trade with India got postponed later by the government.

According to the Pakistan government, India should reverse the decision of 5 August, 2019 in Indian Occupied Kashmir and restore its constitutional status. It said there can be no trade with India until it restores Article 370.

Postponing the decision, the cabinet has offered to import cotton from Afghanistan and Central Asian countries instead of India.

Khyber Pakhtunkhwa’s business community has expressed satisfaction with the decision to import cotton and sugar from Afghanistan and Central Asian countries, saying that if trade through Afghanistan is further strengthened, not only the relations with neighbouring countries will remain good, furthermore it will also bring a favourable impact on business in KP.

In an exclusive interview with TNN, Taimur Shah, a textile industrialist from KP and a member of the Gadoon Chamber of Commerce, endorsed the decision not to import cotton from India and said there was no doubt about it that India is the largest producer of cotton as compared to Afghanistan, but if we start import from India, the cotton farmers across the country will have to suffer as they will most likely lose their source of income.

“Importing cotton from India is a good deal for me because it is great in volume and low in price, but it will be detrimental for Pakistani farmers,” he said.

Taimur Shah said that Pakistan was the second-largest country in the world in cotton production in the 90’s but unfortunately today it ranks sixth.

According to him, on one hand, the demand for cotton has heightened and on the other hand, our farmers are unaware of the high quality of cotton seeds as well as the scientific methods of cotton production.

Ziaul Haq Sarhadi, the convener of Pak-Afghan Transit Trade, a joint trade organization of Pakistan and Afghanistan, said that trade with India is more in India’s favour and less in Pakistan’s. “If trading with Afghanistan is made feasible for Pakistan then not only the relations between the countries will thrive but also the economic conditions and business of the people will be improved,” he said.

Is it important to keep in mind the political differences between the two countries and some issues regarding other matters, in terms of business?

In response to this question, the Chairman of the Economics Department of the University of Peshawar, Zalakat Khan said that for the welfare of the people the differences between the two opposing countries should be put aside.

He said that no country in this whole wide world is self-sufficient in the production of all its needs. And Pakistan is no exception. Hence most of the consumer goods of the citizens have to be imported from abroad.

According to him, doing business with India is not a bad thing but resolving the Kashmir issue is also a need of time.

When asked why did the cabinet postpone the decision to trade with India? He said when the Indo-Pak Sub-Continent was divided in 1947, the issue of Occupied Kashmir came to the surface which resulted in various conflicts between the two countries. He said Article 370 of the Indian Constitution declared Occupied Kashmir as a disputed territory. Whereas on August 5, 2019, Modi’s government abolished the special status of Kashmir with the negation of Article 370 and Kashmir was declared a part of India.